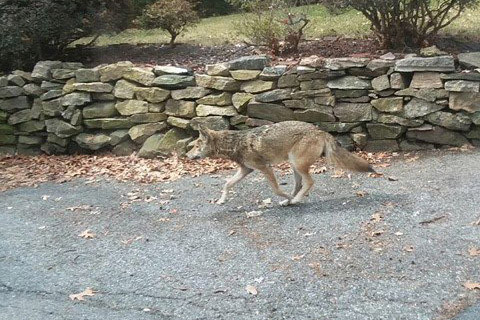 A coyote that went on a biting spree in a New York City suburb has tested positive for rabies.

The coyote was eventually captured and killed on a golf course at Westchester County, but the Yonkers Police Department confirmed on Saturday that the animal was infected with rabies, after the Westchester County Department of Health notified them, The New York Post reports.

This coyote, including a second coyote observed traveling with the same, is suspected of multiple biting attacks in Yonkers and the surrounding jurisdictions over the past several days.

The police added, “Anyone who has come into contact with this animal or any aggressive coyote should notify their medical professional.” The victim included a postal worker and a county cop, but the extent of their injuries remains unclear.

There were two coyotes, and the other one is still on the loose – also presumably rabid. The animals have killed a small dog and attacked three sheep, killing one.

Attacks or reported sightings took place in Yonkers, Hastings-on-Hudson and Somers. The coyotes began attacking on Wednesday night and continued for the next 24 hours. The police are now looking for the second coyote.

Rabies is an infectious, viral disease that kills its victims almost immediately following symptoms. Up to 99% of rabies deaths in humans are from dogs or canines, but rabies also affects domestic and wild animals. While the most common method of transmission is through bites, scratches can also infect a person, the World Health Organization states.

The infection kills tens of thousands every year, with 40% of people bitten by rabid animals children under the age of 15. It is possible to prevent rabies by getting pet dogs vaccinated, and conducting first-aid on anyone who gets bitten by a possibly rabid animal.

Yonkers police are asking people who come into a coyote that does not shy away or shows aggressive behavior to call 911 immediately.