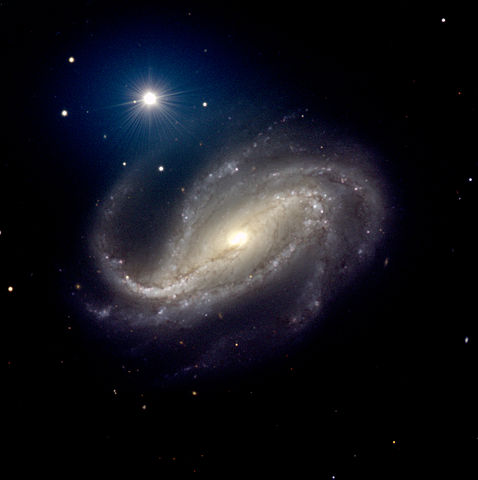 An amateur astronomer got incredibly lucky while testing his camera one night – he accidentally captured several images of a star moving through what turned out to be the first stages of a supernova.

Victor Buso of Argentina mounted his camera onto a 16-inch telescope and pointed it at a spiral galaxy around 80 million light-years from Earth. While taking photos of the NGC 613 galaxy for over an hour, he had captured the beginnings of the explosive death of a supergiant star, Live Science reports. In one photo, the space below the spiral galaxy was empty, and the next showed a sudden, bright blast of light.

Emerging supernovas have never been photographed before, and astronomers at the Instituto de Astrofísica de La Plata in Argentina say the chances of getting any are one in 10 million.

Buso shared his photos with other astronomers, and the next morning, telescopes had turned to document the star dying in a fiery blast.

Alex Filippenko, an astronomer at the University of California, Berkeley, said,

Professional astronomers have long been searching for such an event. Observations of stars in the first moments they begin exploding provide information that cannot be directly obtained in any other way.

Filippenko did follow-up research on the star.

The supernova Buso documented was a Type IIb, scientists determined, meaning that the star’s core most probably collapsed after losing too much hydrogen and helium to another star. Once a star’s core collapses, it expels a powerful wave of pressure outward in a storm of energy that is visible across the electromagnetic spectrum. Sometimes, these explosions can last for months, even years.

Buso captured the first ever images of a supernova “shock breakout.” This is the first observable evidence of supernova behavior that has otherwise been purely theoretical, researchers say. Initial analysis of this supernova appears to confirm how scientists believed such a breakout would happen.

The study was published in Nature.