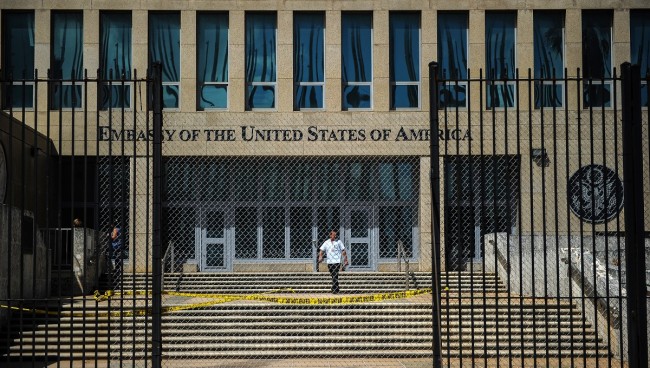 American diplomats assigned in Havana, Cuba since 2016 have reported suffering from strange neurological symptoms after hearing odd sounds in their houses and hotel rooms.

As of August 2017, a total of 21 cases have been reported. Symptoms include headaches, vertigo, memory lapses and other things that point to head injury. However, when doctors examined the patients, they were surprised to find that test results showed no trauma whatsoever, Tech Times reports.

A team of Cuban scientists decided to look into the matter in 2017, using audiometric testing on neighbors and household workers of the diplomats involved. The United States government restricted access to the patients’ medical records.

Twenty people were tested, all of whom had pre-existing hearing problems before the incidents started. Three were found to have abnormalities in their cochlea, eardrums and inner ears.

In addition, American officials provided sound recordings taken from the diplomats’ homes at night. These were compared to recordings made by Carlos Barcelo Pérez, an environment physicist from Cuba’s National Institute of Hygiene, Epidemiology, and Microbiology.

Pérez noted that insects made up most of the sounds, specifically the Jamaican field cricket. These reached a maximum of 74.6 decibels, matching the sounds on the American government recordings. But this frequency is not enough to cause ear damage. The scientists concluded that the stress was causing the symptoms, as it was a transition period with Donald Trump coming into office.

Scientists in Philadelphia took on the mystery, suggesting that an artificial rather than natural cause was behind the symptoms.  The noises the patients heard may not have triggered the neurological problems, but could have been due to head trauma from exposure to an unidentified source. This validates the State Department and federal investigators’ statements in January that asserted how these symptoms could be linked to head trauma from a “non-natural source.”

The study was published in JAMA.