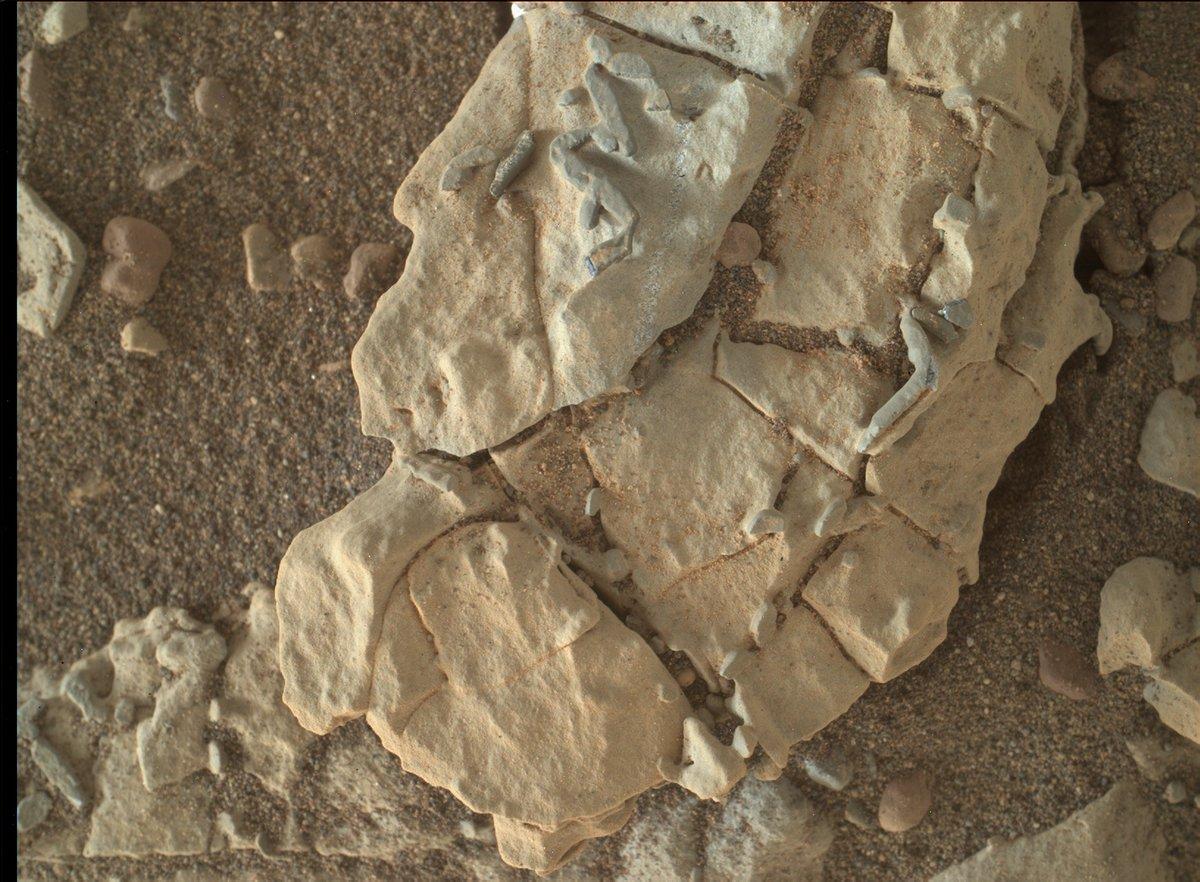 There are stick figures on Mars – a discovery that was elicited much excitement back here on Earth.

NASA’s Curiosity rover, which has been wheeling around the Red Planet for over five years now, found what appeared to be stick figures etched in rocks. The rover’s Twitter account shared a photo of the odd formations, Newsweek reports.

The rocks found around the rover’s current location drew scientific interest even before Curiosity went up to them. The area had been examined from above by a previous NASA mission, the Mars Reconnaissance Orbiter, which has been orbiting Mars since 2006. Scientists analyzing images of the region has been interested in the bluish tint showing, which is contrary to the planet’s nickname. The Mars rover also shared a wide photo area of the formations highlighted.

The image was taken by the rover’s Mars Hand Lens Imager, which the researchers use to take close-up photos of the famous rocks. The lens can take defined images smaller than a strand of hair. Curiosity and the scientists are not sure yet exactly what may have caused these formations, which measure around a quarter-inch long. In the original post, the team of scientists suggested that these might be crystals or maybe minerals filling in cracks in the rocks where crystals melted away.

People on the internet had plenty to say about the formations, offering a plethora of suggestions from space dinosaurs to Viking runes to tire tracks.

Curiosity is using a tool called Alpha Particle X-ray Spectrometer to examine the chemical composition of the rock formations. This instrument creates a volley of positively charged helium atoms and x-rays that forces elements within the rock to classify themselves by producing a distinctive energy signature.

Scientists also intend to let Curiosity examine the rocks using the ChemCam, a rock which uses lasers to crush small rocks and figure out their composition, even from a long distance.