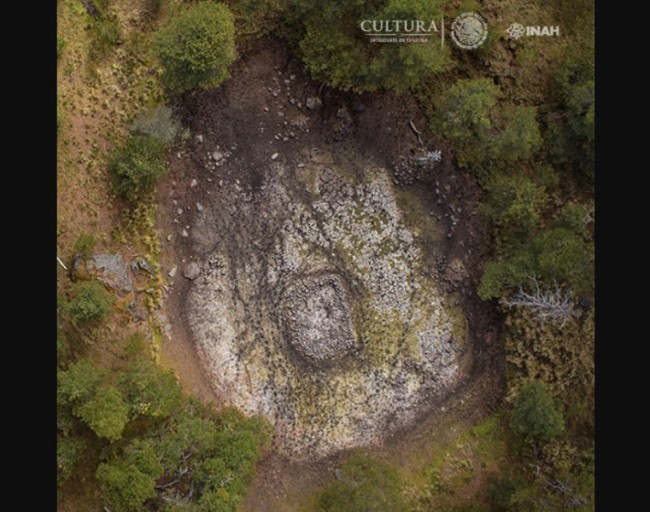 A stone shrine archeologists found in the middle of a pond near a volcano in Mexico is believed to have been a map of the universe for the ancient Aztecs.

The shrine was found at the Nahualac site, which also contains lithic materials, organic remains, ceramic fragments and lapidaries associated with Tlaloc, the Aztec god of rain, lightning and thunder, Tech Times reports.

The structure is a tetzacualco, according to the National Institute of Anthropology and History – very old astronomical observatories that ancient civilizations built on high mountain slopes. The supposed map was found at a height of 13,000 feet below the Iztaccihuatl volcano, which translates to “white woman” because of the snow that covers the dormant volcano.

The existence of a tetzacualco in the middle of a natural pond and the optical effect that occurs when the water mirrors, from which it seems that the structure emanates, suggests that the place is the representation of a primeval time and space, a miniature model of the universe.

Iris del Rocio Hernandez Bautista, an archaeologist from INAH’s Subaquatic Archeology Subdirectorate, said that according to the Aztec’s creation myths, the world began without any land. An Earth monster named Cipactli floated above the waters, and the earth and sky were crafted from his body.

Bautista believes the Aztecs controlled the flow of water from nearby springs into a pond where they erected the stone structure, to make it appear like the shrine was floating on water. The water then reflected the surroundings, and the floating stone is thought to have represented Cipactli.

There are two sites in Nahualac – the first is where the pond is and the tetzacualco were found, and the second is in a valley that is home to several natural springs.

Archeologists discovered ceramic materials at the surface of the second section that dates back to 750 A.D. and 1150 A.D., covering an area of 300 meters by 100 meters.