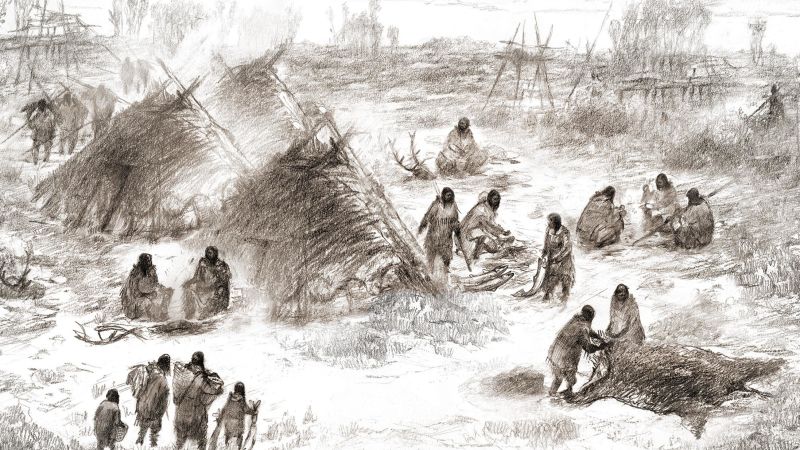 New evidence unearthed in Alaska suggests that all Native Americans can trace their lineage back to one single migration event that took place during the end of the last Ice Age.

A six-week-old girl dubbed the “Sunrise Girl-child” and partial remains of another baby make up a previously unknown population of North Americans called the “Ancient Beringians,” Gizmodo reports. The remains were found at the Upward Sun River (USR) site in the Alaskan interior, and are making big changes in what the world currently knows about human history.

A full study of the remains indicates that the continent’s initial settlers arrived in a single migratory event some 20,900 years ago. One group went on to become what would be the ancestors of Native Americans in North America, while another group stayed in Alaska.

Ben Potter, professor of anthropology at the University of Alaska Fairbanks and a lead author of the new study, said,

We didn’t know this population existed. These data also provide the first direct evidence of the initial founding Native American population, which sheds new light on how these early populations were migrating and settling throughout North America.

The Ancient Beringians were more related to early Native Americans compared to Asian and Eurasian ancestors, genetic analyses revealed. The researchers also used computer-based population modeling to identify that this ancestral indigenous group was part of the population of East Asians who split and left for North America.

Eske Willerslev, who holds positions at both the University of Cambridge and the University of Copenhagen, and lead author, said, “The Ancient Beringians diversified from other Native Americans before any ancient or living Native American population sequenced to date. It’s basically a relict population of an ancestral group which was common to all Native Americans, so the sequenced genetic data gave us enormous potential in terms of answering questions relating to the early peopling of the Americas.”

The study was published in Nature.