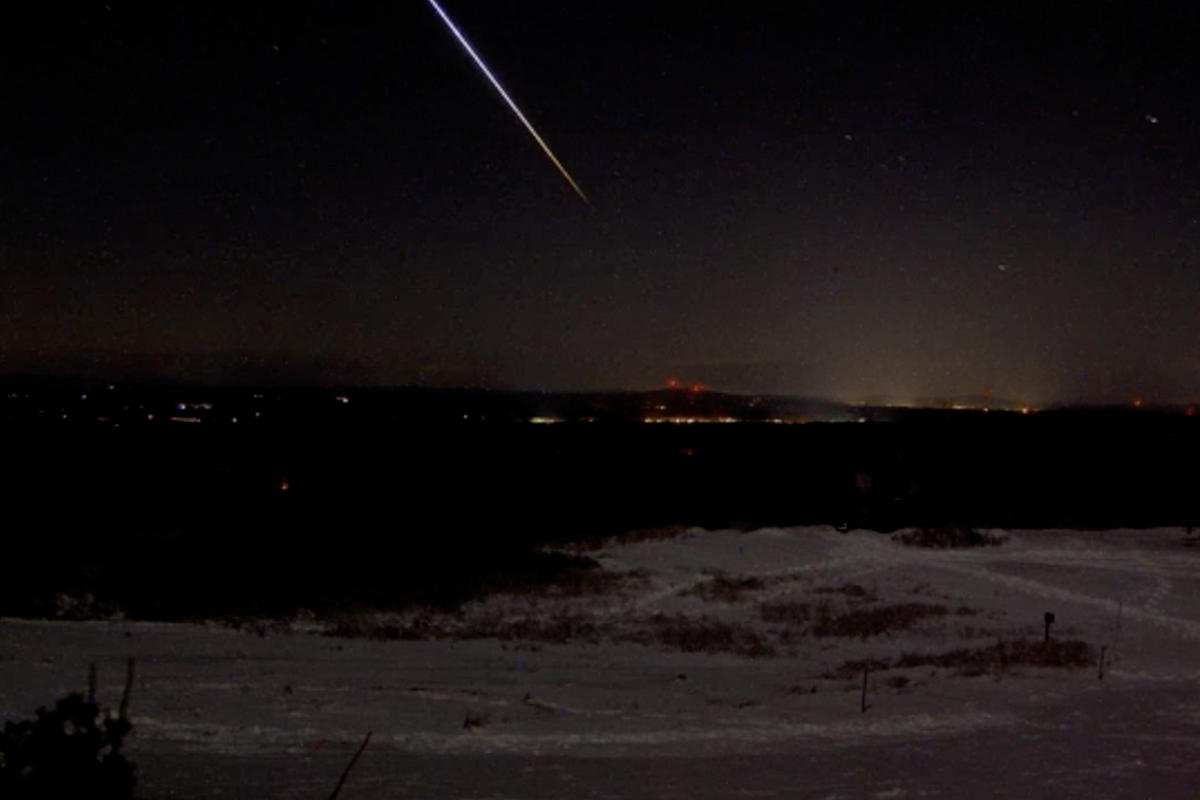 A mysterious fireball streaked across the sky from Massachusetts to Maine, sending Americans into a tizzy. The object was most possibly a meteor the size of a golf ball passing through the night at 10 to 30 miles per second, before it burned up in the atmosphere.

The surprise celestial visitor left residents awestruck just before 6:00 in the evening last night, with many taking to Twitter to extol the “ball of light” that was described as “fiery” and with a “greenish glow.” Other people say there was a “blue flash of light” that was “very bright,” Boston Herald reports.

Kenneth Janes, an astronomy professor emeritus at Boston University, said that this was unlikely to be part of a meteor shower whose remains began falling to Earth. The last meteor shower was 10 days ago and the next one won’t happen until January, he said. The meteor that was sighted most likely burned up before hitting the ground, and was probably quite small — around the size of a golf ball, otherwise it would have created a “tremendous explosion,” Janes said.

The meteor also appeared to be out of range of aircraft. A Massport spokeswoman said Boston Logan International Airport operations did not report any impact or untoward incidents.

The ones that would do really serious damage are rare, but not impossible. These are simply bits of rock in orbit around the sun. These occur every day somewhere on the earth.

Viewers were left too dumbstruck to take photos on phones and cameras, but the white trail the meteor made was captured by the Mount Agamenticus Conservation Program in York, Maine.

Robin Kerr, the conservation coordinator, said of their lens, “Sometimes it’ll capture an aurora. It’s rare. About five or six years ago, it caught a snowy owl up on a viewing platform. We can see when there’s a meteor shower.”

NASA has identified the larger bits of space rocks that are potentially dangerous, Janes said.

Men Aren’t As Eco-Friendly Because It’s ‘Feminine’
Starfish Are Coming Back, After Wasting Syndrome Killed Thousands
To Top