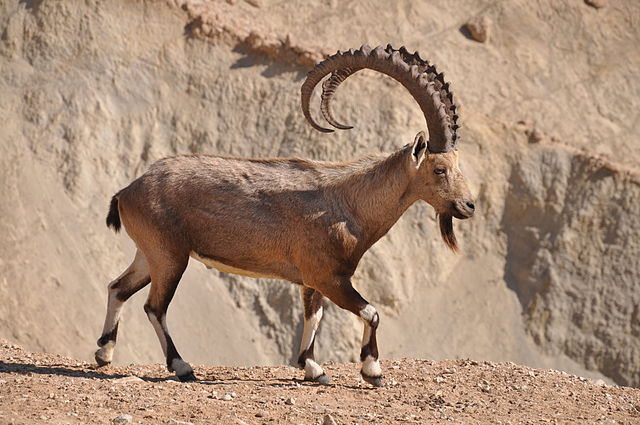 The Los Angeles Zoo has had to euthanize its Nubian ibex herd after confirming that the animals had been infected with a highly contagious, incurable form of herpes.

Six African antelope fell sick and died in October of malignant catarrhal fever, which the zoo discovered came from the Nubian ibex – goats that are typically found in the mountains in the Middle East, the Los Angeles Times reports. The disease develops from a strain of herpes that is carried without symptoms.

There were seven goats in the herd, and all of them had to be euthanized in what the zoo said was a “difficult yet responsible decision” to protect the other animals. The zoo’s management said in a statement,

The Nubian ibex could not be sent to any other facility housing hoofed animals, as those animals could contract the disease and die. It would have been irresponsible of the zoo to send the Nubian ibex to another facility knowing they could cause harm.

The virus can be passed on to and kill other even-toed hoofed animals, but cannot be transmitted to humans. Symptoms in infected animals include loss of appetite, depression, nasal discharge and a rough coat, according to April Spurlock, a spokesperson for the zoo.

She said, “The entire process from symptoms to death is often very rapid.” The disease is longer on zoo grounds, she added.

The disease is usually found in developing nations, rarely seen in the United States, said Jennifer Langan, a clinical professor of zoological medicine at the University of Illinois. When it does occur in zoos or farms, euthanasia of affected animals is the only option, Langan explained.

This is not the first time the zoo has had to kill off sick animals. Last month, staff put down a 48-year-old rhinoceros that had survived skin cancer. The rhino, named Randa, showed signs of poor health. Zoo officials said she was the oldest Indian rhinoceros on record in any zoo worldwide.