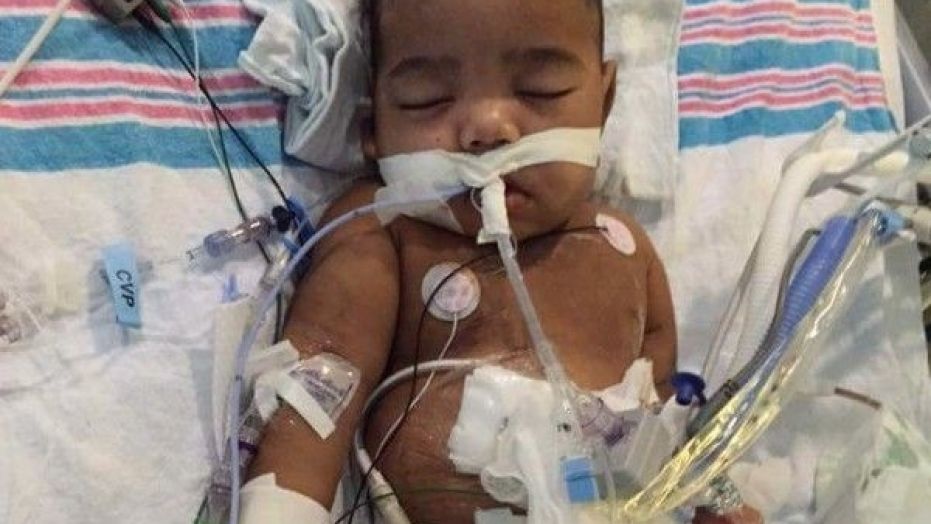 The two-year-old boy in Georgia who was denied a kidney transplant because the donor, his father, violated his probation, was rushed to the hospital on Sunday morning because of an abdominal infection.

Anthony Dickerson Jr. was born without kidneys, and first made national headlines earlier this month when news outlets reported that the boy could not receive his father’s kidney, Anthony Dickerson, 26, because the latter had violated his probation in September. The father’s kidney was a perfect match for the son.

Mawuli Davis, lawyer for the family, said that AJ was admitted to the hospital with peritonitis – an inflammation of the inner lining of the abdomen caused by either a fungal or bacterial infection. Davis said,

Today has not been a good day for baby AJ or the family. But they remain hopeful, strong in spirit even as his body weakens.

“Every day he goes without the transplant is a day he suffers,” Davis told The Washington Post. The toddler is being treated with antibiotics.

Emory Hospital in Atlanta had reportedly worked with Dickerson, who remains in prison, to request that he be accompanied to the hospital for blood tests, Fox News reports.

Carmellia Burgess, the toddler’s mother, said that a few days after the tests, she received a letter from the hospital telling her that the transplant would be delayed until Dickerson fulfilled conditions with his parole officer after three months.

“We will reevaluate Mr. Dickerson in January 2018 after receipt of his completed documentation,” the letter stated, according to the Atlanta Journal-Constitution.

Burgess said, “They’re making this about his dad. It’s not about dad. It’s about our son.” She created a petition requesting that Emory Hospital “allow Anthony to donate his kidney to his son.” The petition has since garnered over 52,000 signatures.

A vigil for the child was scheduled for Sunday at Children’s Healthcare of Atlanta.