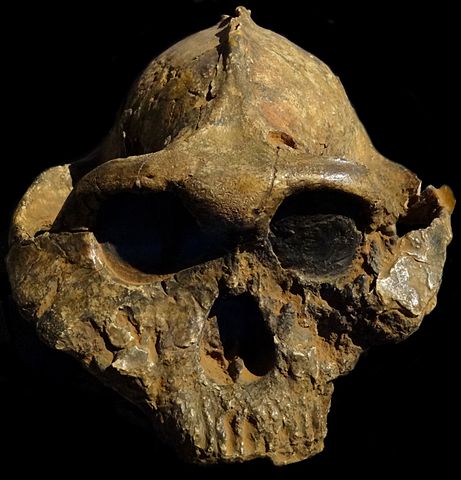 A team of scientists believe that they may have identified the hominid that gave modern-day humans genital herpes.

There were two herpes simplex viruses that infected primates, which manifest as cold sores (HSV1) and genital herpes (HSV2) today. However, the earliest ancestors apparently only inherited HSV1 when the lineage split from what would become chimpanzees some 7 million years ago, Phys.org reports.

Then around 3 and 1.4 million years ago, HSV2 somehow returned to the human ancestors’ side. Researchers from Cambridge and Oxford Brookes universities think the culprit is Paranthropus boisei, a large, bipedal hominin that had a small brain. P. boisei may have contracted the virus by scavenging for chimpanzee meat, allowing the infection to transfer through bites, wounds or open sores.

In addition, water sources such as Lake Turkana in Kenya would have provided close contact between P. boisei and the early Homo erectus, allowing the HSV2 to return to the hominid bloodstream.

Dr. Charlotte Houldcroft, a virologist from Cambridge’s Department of Archaeology and senior author on the paper, said,

Herpes infect everything from humans to coral, with each species having its own specific set of viruses. For these viruses to jump species barriers they need a lucky genetic mutation combined with significant fluid exchange. In the case of early hominins, this means through consumption or intercourse – or possibly both.

Along with Dr. Simon Underdown, a human evolution researcher, the team used Kumar’s model to come up with HSV2 transmission probabilities for the hominins that were present in Africa at the time. It was a complex process that involved using climate and fossil data.

The researchers found that the specific species with the most probabilities was P. boisei, which was a genetic fit. Houldcroft said, “Once HSV2 gains entry to a species it stays, easily transferred from mother to baby, as well as through blood, saliva and sex. HSV2 is ideally suited to low density populations. The genital herpes virus would have crept across Africa the way it creeps down nerve endings in our sex organs – slowly but surely.”

The team believes that their method of research can be used to track the origins of other diseases.

The study was published in Virus Evolution.