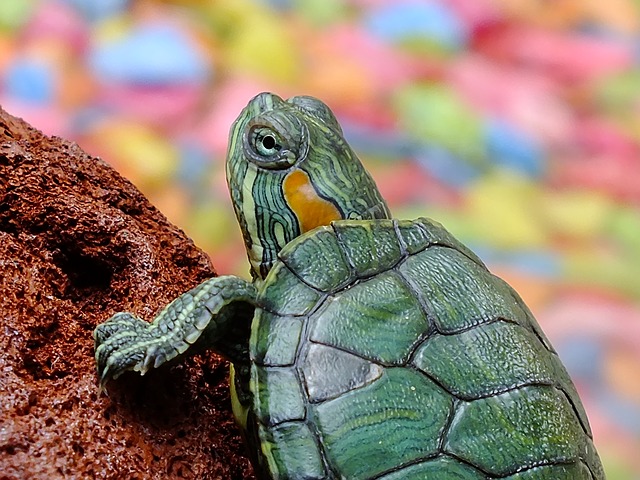 The latest creature to take the spotlight in terms of disease-carrying animals is the turtle. The Centers for Disease Control and Prevention is warning people not to pet or kiss turtles, and to refrain from giving them as gifts to others.

Pet turtles are at the center of a multi-state salmonella outbreak, the CDC stated. There have been 37 cases confirmed across 13 states since March, with 16 people sent to the hospital. No deaths have been recorded so far, but 12 of the cases were in kids five years old and younger, TIME reports.

Salmonella infection symptoms include fever, diarrhea and abdominal pain. Most people generally recover after five to seven days, but patients with weakened immune systems, young children or the elderly are particularly susceptible to more severe conditions.

The CDC posted an advisory note on its website regarding the outbreak. Reptiles are accountable for over 70,000 salmonella infections each year, the CDC estimates. In close to half the cases this year, the patients said that they have had some kind of contact with a turtle, wither by interacting with the animals directly or touching the turtle’s environment, like the water they live in.

Nine patients who were interviewed admitted to owning turtles. Six said they bought the animals from a street vendor or flea market, while the other received a turtle as a gift.

Turtles carry salmonella bacteria on their shell and skin, which does not affect them but transmits to humans.

Both the CDC and the Food and Drug Administration don’t recommend buying turtles or gifting them. The FDA prohibited the distribution and sale of small turtles – those with shells four inches and smaller – in 1975.

For those who do have pet turtles at home, the CDC advises for owners to keep them contained and prevent them from going near any food preparation areas. Owners should also wash their hands thoroughly after coming in direct contact with a turtle’s shell or skin.