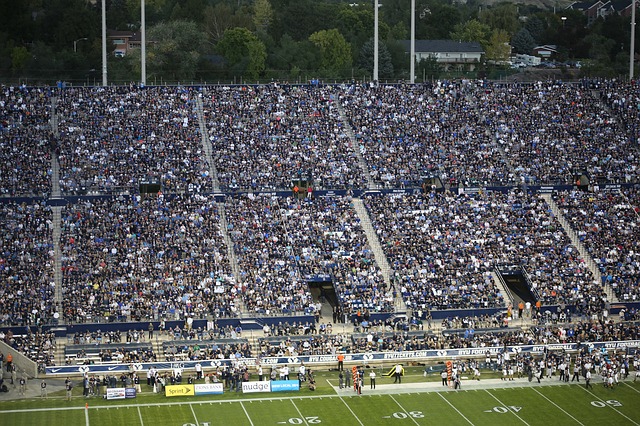 The official word is that there will be no fines for the five St. Louis Rams players who came out during the pregame introductions to silently protest the shooting of Michael Brown, the young man who was shot by police officer Darren Wilson back in August. Jared Cook, Tavon Austin, Chris Givens, Kenny Britt, and Stedman Bailey all had their hands up in the now-familiar ‘hands up, don’t shoot’ pose on Sunday before they took on the Oakland Raiders for their 52-0 win.

The argument between the rights of free speech and the fact that this is construed as disrespect by the St. Louis Police Department has been going back and forth between NFL officials and law enforcement. The SLPOA asked for the five players to be disciplined for their actions and to offer a public apology. However, that is not to be. The announcement came with the Rams coach making the decision official.

There was an apology offered by the Rams chief operating officer Kevin Demoff, but it was not for the actions of the players. He determined that he regretted that the police officers construed the players’ actions negatively instead of having their right to free speech. It sounds like this is the only apology that will be made about the situation.

Jared Cook took the time to address why he and his fellow St. Louis Rams’ teammates chose to come out to protest during the introductions. He said that they were trying to show support and respect for the protests going on in Ferguson and in other cities. The players insisted that their act of support was not meant to take sides on this controversial issue.

We haven’t been able to go down to Ferguson to do anything because we have been busy. Secondly, it’s kind of dangerous down there and none of us want to get caught up in anything,” Cook explained. “So we wanted to come out and show our respect to the protests and the people who have been doing a heck of a job around the world.

The St. Louis Police Association is not having any of it. SLPOA manager, Jeff Roorda, put out a statement saying that cops have their First Amendment rights as well, and will be exercising them

I’d remind the NFL and their players that it is not the violent thugs burning down buildings that buy their advertiser’s products. It’s cops and the good people of St. Louis and other NFL towns that do,” he said. “Somebody needs to throw a flag on this play. If it’s not the NFL and the Rams, then it’ll be cops and their supporters.