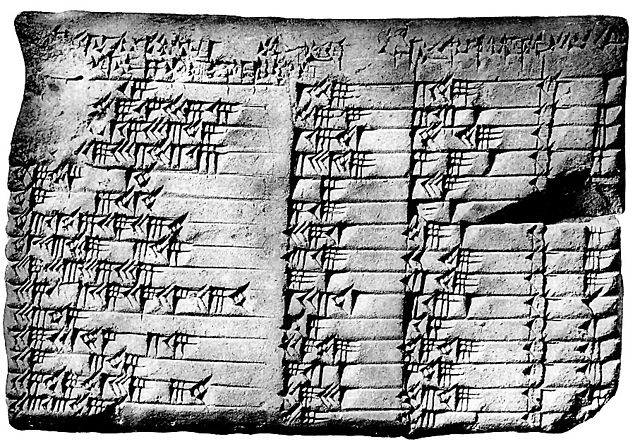 An ancient Babylonian tablet discovered in the early 1900s has long been a puzzle to scientists. Now, new research states that the artifact actually shows that the Mesopotamians were the first to discover trigonometry, beating the Greeks by over a thousand years. In addition, the tablet might even hold useful lessons for modern-day mathematicians.

The clay tablet, called Plimpton 322, was found in present-day Iraq but is believed to have been composed around 1800 BC. It has four columns and 15 rows of number in modern cuneiform script written in a base 60, or sexagesimal, system, Newsweek reports.

Daniel Mansfield of the School of Mathematics and Statistics in the University of New South Wales (UNSW) Faculty of Science, Australia, says he has discovered the tablet’s true meaning.

Mansfield said, “The huge mystery, until now, was [Plimpton 332’s] purpose—why the ancient scribes carried out the complex task of generating and sorting the numbers on the tablet.” He wrote the paper with UNSW Associate Professor Norman Wildberger.

“Our research reveals that Plimpton 322 describes the shapes of right-angle triangles using a novel kind of trigonometry based on ratios, not angles and circles. It is a fascinating mathematical work that demonstrates undoubted genius,” Mansfield added. These computations may have been used to build structures such as pyramids. “The tablet not only contains the world’s oldest trigonometric table; it is also the only completely accurate trigonometric table, because of the very different Babylonian approach to arithmetic and geometry.”

Mansfield explained that the 60-base system that the Babylonians employed could potentially affect modern mathematics, as it can be applied for more precise division. He said,

It’s rare that the ancient world teaches us something new.

The researchers wanted to examine Babylonian mathematics closely and come up with different historical interpretations of Plimpton 322, when they observed that the writings had similarities to rational trigonometry theories.

The study was published in Historia Mathematica.