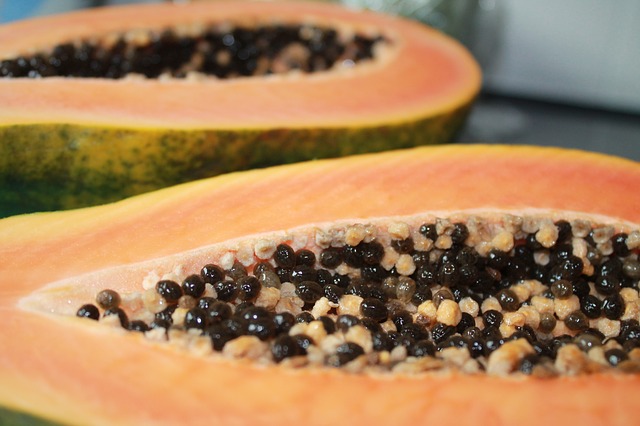 Chicken is not the only food that can give consumers salmonella. Papayas are another surprising source, it turns out.

Agroson’s LLC, a New York City-based distributor of Cavi maradol papayas, has issued a recall on the fruit because they were grown on a farm in Mexico that exported other papaya brands linked to a deadly salmonella outbreak in the USA, Food Safety News reports. The outbreak has made over 100 consumers sick.

Officials at the Food and Drug Administration are “in discussion with other distributors and expect to have additional information to share in coming days.”

This is the second papaya recall in recent weeks.

Agroson’s shipped the maradol papayas to wholesalers in New York, New Jersey and Connecticut, who sent the fruit to retailers. The company distributed the papayas from July 16 to 19. So far, no one has reported falling sick from Agroson’s papayas. The recalled fruit can be identified by a PLU sticker that has “cavi MEXICO 4395” on them.

There have been 109 confirmed cases of salmonella patients across 16 states, with one death reported in New York City, the Centers for Disease Control and Prevention said.

The recall notice stated, “All wholesale customers to whom the papayas were delivered have already been notified to remove the recalled papayas from inventory, store shelves, and other commercial venues. Recall effectiveness checks are already underway by Agroson’s LLC.”

The CDC and the FDA has been working in cooperation with state officials to investigate the ongoing outbreak, which was first discovered by public health staff in Maryland.

Both Grande Produce, the first company that recalled its papayas, and Agroson’s, have stopped importing fruit from the farm. In addition, Agroson’s is “taking precautionary measures to ensure the safety of its imported produce by taking samples of every load to a private lab, and testing for Salmonella.”