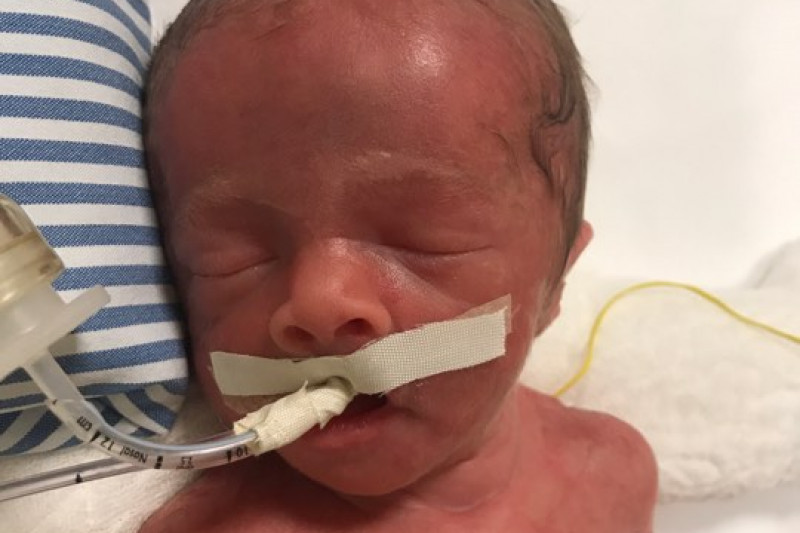 A premature baby born in a Mexican hospital was kept there for two days until the family’s bill could be sent to the USA.

Beckham Lake Smith-Ralph was born three month premature in Cancun, weighing a little more than two pounds. His parents, Michaela Smith and Larry Ralph, had been trying to bring him back to their home in Indiana, but the hospital refused to release the child and demanded fee after fee, USA Today reports.

The baby finally arrived safely in Indianapolis on Thursday. His family created a GoFundMe account, saying,

Beckham is getting the proper medical care that he deserves. We will be giving the family some space as they come down from this crazy traumatic past 72 hours.

The child is now at the Riley Hospital for Children at Indiana University Health in Indianapolis.

Smith was due to give birth on October 15. She and Ralph decided to take a “babymoon” in advance, which her doctor approved. She started feeling ill Tuesday morning, and went to the local private Hospital Cancun.

The initial bill amounted to $7,000, but the hospital then kept piling fees on, demanding to be paid before they would release the baby. The latest total has accumulated to $30,000, according to Beckham’s aunt, Rebecca Ewert.

The family in the US took things into their own hands and created the GoFundMe page then contacted the office of Rep. Trey Hollingsworth. A jet based in Pensacola, Florida, headed to Mexico to pick the couple and their firstborn up.

Katherine Aguirre, vice president of marketing for International Medical Group, said that these situations happen frequently. She said, “I think people don’t understand the need to purchase this type of coverage. They automatically assume their domestic insurance will cover them.”

Even Medicare that offers limited insurance coverage outside the country does not help coordinate payments, meaning the individual usually has to figure out what’s going on, while having to deal with complicated medical terms and non-English speaking hospital staff.

The US Embassy and Consulates in Mexico cautions American tourists that Mexican hospitals commonly require upfront payments, and offer some recommendations on what to do on its website.