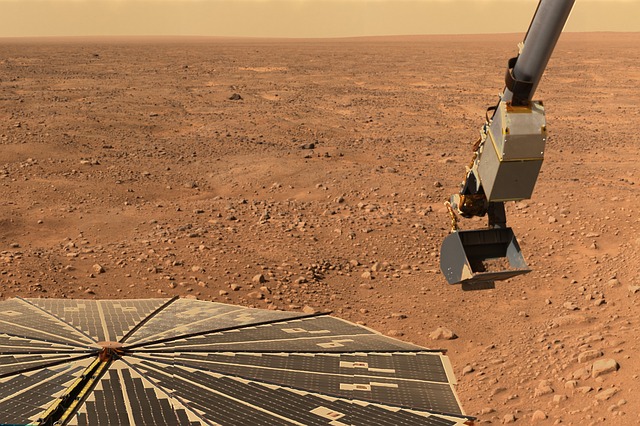 NASA has debunked what is probably one of the most ridiculous stories about its Mars missions: that there is a “child slave colony” on the Red Planet.

According to a guest on the Alex Jones Show, there is a suspected child-trafficking ring operating on the planet, which has an atmosphere that consists mostly of carbon dioxide, The Washington Post reports. Robert David Steele said Thursday, “We actually believe that there is a colony on Mars that is populated by children who were kidnapped and sent into space on a 20-year ride.” Steele’s long-winded dialogue on the conspiracy theory continued, “So that once they get to Mars they have no alternative but to be slaves on the Mars colony.”

The space agency did not immediately respond to the allegations, but Guy Webster, a spokesperson for the Mars exploration project at NASA, dismissed the claims.

There are no humans on Mars,

he said. “There are active rovers on Mars. There was a rumor going around last week that there weren’t. There are, but there are no humans.”

Jones is infamous for touting elaborate, often outrageous, conspiracy theories on his radio show, which airs on 118 American stations, reaching millions of viewers. In the past month alone, his site had 4.5 million unique page views and over 5 million from April to May. His YouTube channel has more than 2 million subscribers.

The assertions of child slavery on Mars came from Reddit, where one user claimed that hacked emails from Clinton campaign manager John Podesta pointed to an international child-trafficking ring. According to this user, the key was in replacing the word “pizza” with “little boy.”

The conspiracy then began to grow out of proportion, with one man in North Carolina firing an assault rifle inside a restaurant last December. The shooter, Edgar Maddison, said that he was saving abused children. He pleaded guilty to federal weapons charges in March, and was sentenced to four years in jail.

Pesticide May Be Causing Honeybee Deaths, Study Shows
Prehistoric Croc May Have Been Scarier Than Dinosaurs
To Top