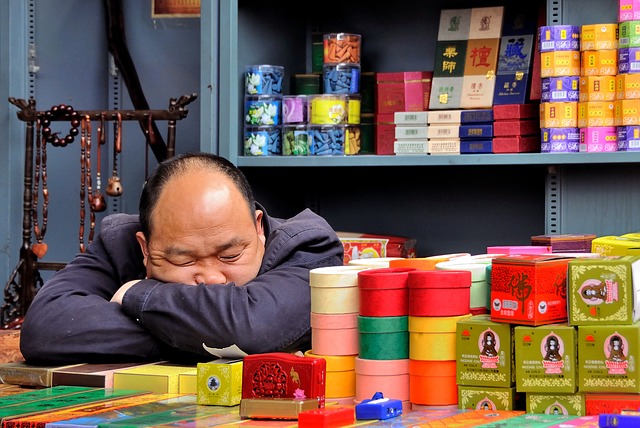 Climate change has already made drastic changes to the planet’s coastlines, weather patterns, sea levels, and much more. But a new study adds something unexpected to the growing list of things that global warming is affecting: how well people sleep at night.

Researchers found that when local temperatures suddenly increase, people get poor quality sleep. And if these environment trends continue as a result of climate change, there will be more frequent heat waves, resulting in less and less quality sleep, the Los Angeles Times reports.

Nick Obradovich, a postdoctoral fellow at the Harvard Kennedy School and a research scientist at the MIT media lab, said,

There are going to be lots and lots of impacts of climate change and this is just another factor in a mosaic of negative factors.

The body needs to cool down somewhat before going to sleep. Previous research has shown that just before bedtime, the core temperature of the human body goes down slightly, indicating that it’s time to get some rest.

There are a few natural mechanisms for getting rid of excess heat. One of these is that the blood vessels in the skin dilate when it’s too hot, allowing heat to escape through the skin, turning hands and feet warmer and moving heat away from the core.

But lab studies state that the body has difficulty lowering its core heat when room temperatures are very warm, and that an elevated core temperature is linked to trouble sleeping.

Obradovich, who led the study, wanted to find evidence on whether heat waves had any effect on people. The idea came to him while he was tossing and turning in his barely air-conditioned apartment in the middle of a heat wave in 2015.

“We had an old window unit that could barely cool the living room, and certainly couldn’t send cool air back to the bedroom,” he said. “At night I was tossing and turning, no sheets. And it wasn’t just me. The next day I noticed that my friends and colleagues were all lethargic and grumpy.”

Obradovich examined a survey of 765,000 Americans that asked the participants to report on how many days in the past 30 days did they feel they did not get enough sleep. He compared the answers with weather data at the city level.

Results showed that the higher the temperature, the more nights people said they did not get enough sleep.

Obradovich took a look at the predicted effects of climate change and saw that by 2050, rising temperatures will cause an additional six nights of little to no sleep per 100 people.

It might be even worse in the parts of the world where people have little to no access to air-conditioning, he said. “When I started the study, it wasn’t clear to me that we would even observe an effect in the U.S. because we do have air conditioning here. The fact that we do observe an effect makes me think that it we had data from India or Brazil, we would observe a much larger effect.”