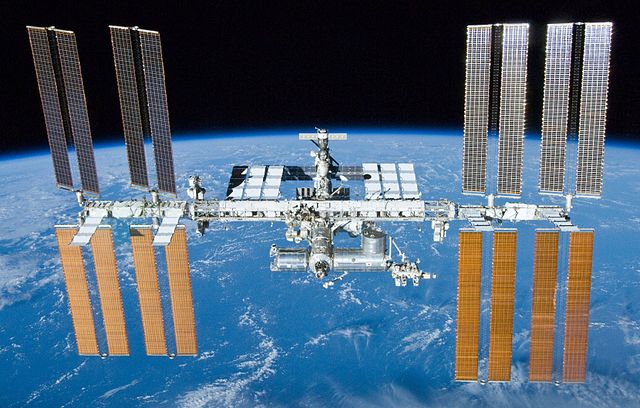 Buzz Aldrin, famous for humankind’s first moon landing, had some words for NASA regarding future space endeavors: retire the International Space Station (ISS) and focus instead on sending people to Mars.

If NASA and its partner agencies really want to make the Red Planet a viable option for humankind’s survival, Aldrin says, “We must retire the ISS as soon as possible.” Speaking at a presentation at the 2017 Humans to Mars conference, the former astronaut clarified,

We simply cannot afford $3.5 billion a year of that cost.

Aldrin said that NASA should now keep handing activities that stay in low Earth orbit (LEO) to private entities, such as SpaceX. The space agency has been encouraging its industry partners in that aspect, awarding them contracts to transport cargo and crew to and from the ISS, Space.com reports.

In addition, other companies should build and operate stations that are separate from the ISS. These commercial outposts could bring about cooperation with the Chinese, according to Aldrin, as China intends to launch its own space station in the next five years.

These private outposts serve as the foundation for Aldrin’s proposed Mars colonization process, which depends on “cyclers,” or spacecraft that transport people and cargo back and forth between two locations in space. He said, “The foundation of human transportation is the cycler. Very rugged, so it’ll last 30 years or so; no external moving parts.”

The next step would be to get the international spaceflight community to work together to form a base of operations, where people could learn and try out methods needed to survive on Mars, like using natural resources to create products such as propellant.

He said, “Let’s be certain that we’ve developed a sustainable plan to stay on Mars. No flags and footprints this time.”

The ISS is funded until 2024, and NASA officials, as well as the Russian federal space agency and other partners have raised the possibility of extending the outpost’s mission until 2028.