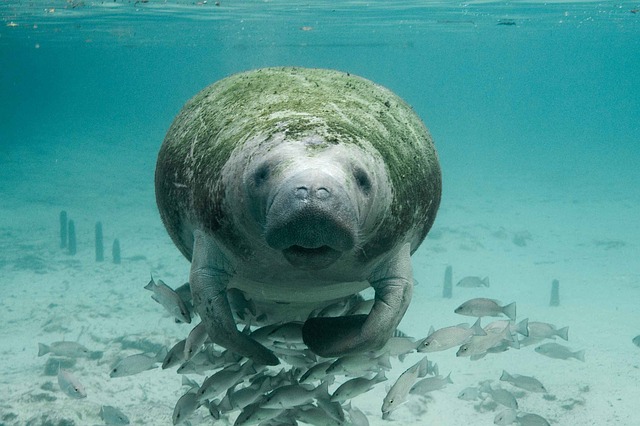 Manatees, which have been on the US Interior Department’s list of endangered creatures for decades, have now been re-classified as “threatened,” a rung lower on the survival ladder.

The change took place on Thursday, March 30. The herbivorous sea mammals, also called “sea cows,” have increased in numbers, prompting the status change, Tech Times reports. In February, a number of manatees in Florida were said to be seeing recovery. This population growth is especially true for West Indian manatees, found on the Florida coastline, the south eastern United States and the Caribbean.

When sea cows were first put on the endangered list, their numbers had dropped to extreme lows.

Since the 1970s, manatees have increased from just a few hundred to over 6,600 in Florida, thanks to conservation work from environment groups, the US government and the Caribbean states.

The measures to save the manatees included creating sanctuaries so that the animals could have a safe place to live and procreate. Speed boats and other fast sea vehicles were also given a speed limit when nearing the manatees’ habitat, to protect them from accidents.

Florida state officials say that while 520 manatees were killed in 2016, with 104 caused by speed boats, the growth in numbers has been good. Phil Kloer, the spokesperson for Florida Wildlife Managers or FWC, says, “We consider this a success story. It has been doing very well, it has been coming back.”

Researchers who surveyed the manatees recorded 3,488 manatees in the east coast and 3,132 on the west coast of Florida. The Interior Department says that the manatee population was rebounded to over 13,000 now.

However, conservationists are protesting the downgrade, arguing that this could now hamper efforts to keep the animals from going extinct. They believe that downlisting sea cows may create the impression that the animals are doing better than they actually are, and could severely affect their future.