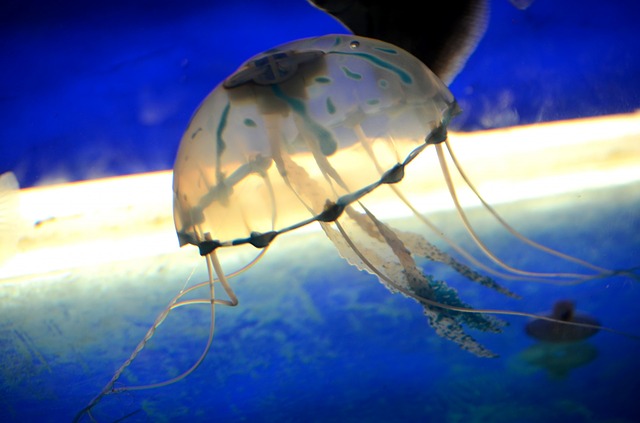 A quick internet search on how to treat jellyfish stings will turn up a dearth of information, from rubbing sand on the affected area to scraping the tentacles away to the popular belief that urine does the trick.

But researchers have found that almost none of these home remedies are effective at preventing jellyfish toxins from entering the body. Angel Yanagihara from the University of Hawaii and Christie Wilcox at the John A. Burns School of Medicine studied two box jellyfish species and the recommended remedies for their stings, KHON2 reports.

They concentrated on the Hawaiian boxy jelly and the Australian box jelly, two species that are known to carry highly poisonous toxins. Yanagihara and Wilcox explained that these box jellyfish are responsible for more deaths annually than sharks, making them very dangerous.

Anyone who Googles ‘how to treat a jellyfish sting’ will encounter authoritative web articles claiming the best thing to do is rinse the area with seawater, scrape away any remaining tentacles, and then treat the sting with ice.

The researchers discovered that this was not effective, and other suggested methods even worsened the stung skin.

Even when the tentacles had been scraped off, stinging cells can still be left behind, inflaming the affected area more and giving the patient hours of pain.

The best home remedy to address jellyfish stings is vinegar, especially the highly concentrated kind, the researchers said. Dousing the jellyfish tentacles with vinegar prevents any more venom from releasing. Afterwards, the area should be immersed in hot water or have a hot pack applied to it for 45 minutes to clear the venom that is already in the tissue. Heat reduces ruptured red blood cells from jellyfish stings. In addition, it is more helpful to pluck out the tentacles with tweezers rather than scrape them away.

Out of all the commercial products tested, the most effective was Sting No More, which is available online and in local ABC stores. The spray contains vinegar plus urea to help dissolve the sticky substance that makes tentacles stick to skin.

Lifeguard stations in areas where jellyfish are plentiful are usually equipped to handle stings, so anyone with a jellyfish emergency should immediately approach them for assistance.