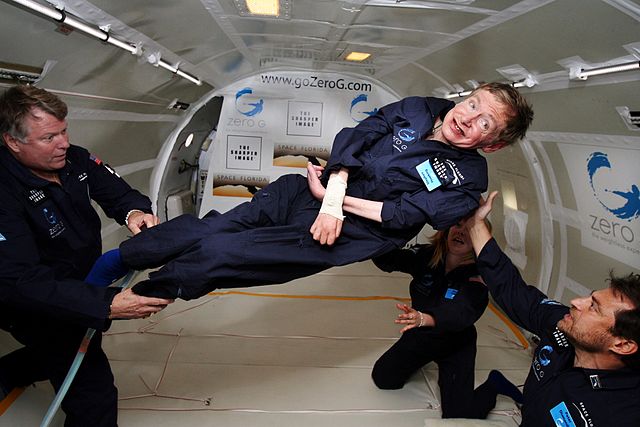 Stephen Hawking, the world-famous theoretical physicist, is finally going to get a chance to see the universe that he has been studying, writing and theorizing about for decades.

The genius has announced that he has booked a flight on Richard Branson’s Virgin Galactic, taking Branson up on his offer to help Hawking make his dream of going to space a reality, BGR reports.

Hawking, a cosmologist and physicist, became a popular figure in science for his work in quantum mechanics and the general theory of relativity. His book, “A Brief History of Time” is considered one of the best-selling literary works on scientific theories for civilians.

In an interview on Good Morning Britain, Hawking said,

My three children have brought me great joy, and I can tell you what will make me happy: to travel in space.

He added, “I have already completed a zero-gravity flight which allowed me to float, weightless. But my ultimate ambition is to fly into space. I thought no one would take me, but Richard Branson has offered me a seat on Virgin Galactic and I said yes immediately.”

Branson and Hawking have not disclosed how they intend to get Hawking, who suffers from a rare form of amyotrophic lateral sclerosis (ALS), into space. The medical condition gradually paralyzed the scientist, and he now communicates via a speech-generating device attached to his cheek muscle.

Virgin Galactic has yet to launch its plans of conducting regular commercial flights, so it could take a while before the dream becomes reality. Branson’s SpaceShipTwo is designed to give civilian passengers the experience of going into space without having to become an astronaut.

The spacecraft is to be launched from a carrier plane at a specific altitude, cruise out of the Earth’s atmosphere for a few minutes so that passengers can enjoy the view of the planet below and the feeling of weightlessness, before descending back to land like a normal airplane.