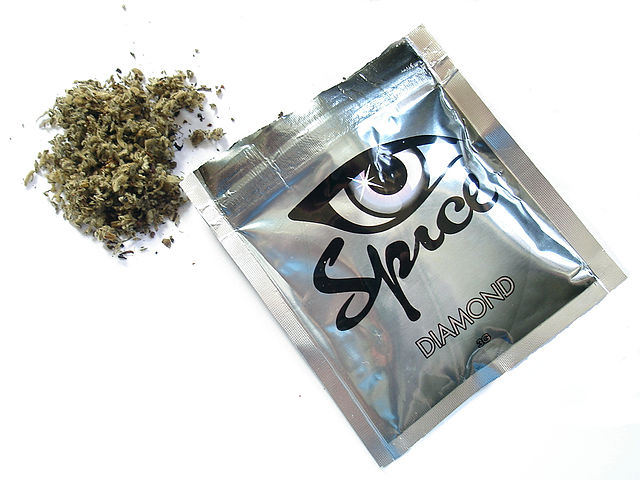 Among recreational drugs, marijuana is often seen as the least threatening, producing generally mellow highs. But new research by the US government shows that a different breed of pot, called “fake weed,” has more drastic effects.

Teenagers who use synthetic pot are at a higher risk for violent behavior, risky sexual practices and abuse of other drugs, the US Centers for Disease Control and Prevention, CBS News reports. This fake weed includes a variety of drugs sold under various names, such as the commonly known Spice and K2.

Some of the chemicals used in fake weed are similar to those found in real marijuana, so the former is often marketed as “natural” and “safe.” But the US National Institute on Drug Abuse (NIDA) reports that synthetic pot has unpredictable and even life-threatening effects.

The drug has become increasingly popular among teens because of its availability and cheap price. But this comes at a higher cost. Heather Clayton, a health scientist at CDC, says,

Clayton and her colleagues gathered data on almost 16,000 high school students in 2015. Around one in10 high school students said they used fake weed. The respondents were asked about their use of both natural marijuana and synthetic pot, as well as their tendencies towards violent behavior, mental health, and sexual habits.

Teens who used synthetic pot were more likely to become injured or engage in violent behavior compared to those who used marijuana, the researchers say. For example, those who used fake weed had more tendencies to carry a gun or get into a fight.

These same teens were also more likely to have been victims of physical or sexual abuse. In addition, the researchers found they were more at risk of being threatened or injured with a weapon while in school, and were more likely to have started using marijuana very early – as young as pre-adolescence.

Synthetic pot use was also tied closely to higher chances of having sex without a condom or other forms of birth control, and teens who use it were more likely to have used real marijuana at least 20 times in the past 30 days.

This drug is illegal, listed as a schedule 1 drug by the US Drug Enforcement Administration. But dealers are finding ways to get it out on the street, including continuously changing the formula and labeling the packages “not fit for human consumption,” says Dr. Scott Krakower, assistant unit chief at psychiatry at Sucker Hillside Hospital.

Fake pot is commonly sprayed with pesticides and other dangerous chemicals, making them highly dangerous to health.

The study was published in the journal Pediatrics.