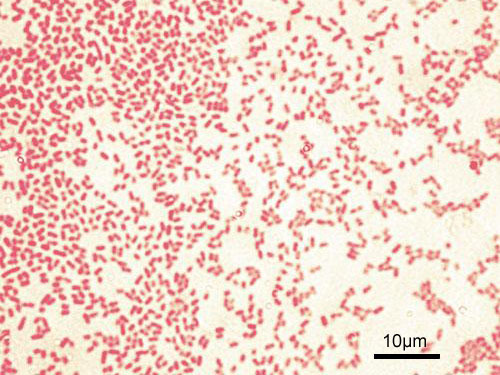 The World Health Organization released a list of twelve kinds of bacteria the organization deemed “priorities” in need of new antibiotics – the first time they have done so.

The list puts forward the bacteria that global health experts think pose the greatest threat to human health, CNN reports. The WHO is urging governments and pharmaceutical manufacturers around the world to put developing new drugs against these strains at the top of their lists.

The factors the WHO used to determine the risk levels of these bacteria included the level of resistance already exhibited, the mortality rates they have caused, how prevalent they are, and the toll they put on health care systems.

Leading the list were bacteria classified as “gram negative” bacteria, or those which have already shown resistance to various drugs. These include Acinetobacter baumannii and pseudomonas aeruginosa, both of which are most often linked to infections acquired in health care settings like hospitals and nursing homes, and are most likely seen in patients who require medical equipment like ventilators, which can get contaminated.

Enterobacteriaceae, which include bacteria such as E.coli and klebsiella, were third on the list, and also posed a big threat in health care environments.

These bacteria are responsible for high mortality rates. New, effective therapies are imperative.

The top three bacteria have been known to resist multiple antibiotics, including carbapenems, which are currently the strongest and most effective drugs against resistance.

The WHO released the list in hopes of giving researchers and scientists guidance on which drugs to put first. Kieny said, “The (drug) pipeline is practically dry.” She added that antibiotics are often used as short-term treatments, meaning there is less market motivation for drug companies to make them.

The bacteria were divided into three categories: critical, high and medium priority.  On the list are salmonella and gonorrhea, which are considered high priority. There’s also campylobacter and helicobacter pylori, which cause food poisoning and gastritis, respectively.