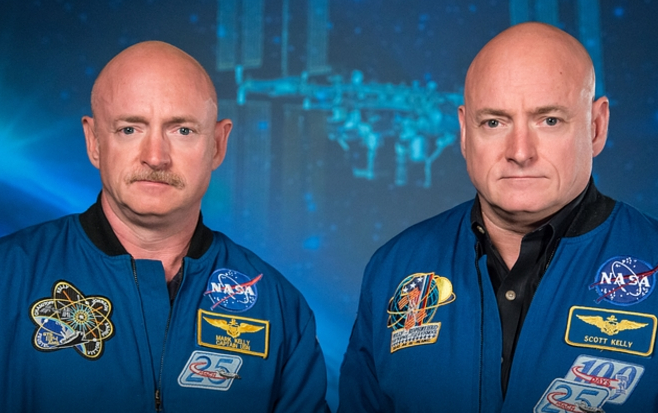 NASA’s Twins study was an experiment conducted by the space agency to see what effects a year in space had on the health of astronaut Scott Kelly, compared to the health of his identical twin, Mark, who stayed on Earth.

Ten teams of researchers are currently looking at data collected from the study. One of the teams from Northwestern University has been examining the changes to the microbiomes in Scott’s gut, The Verge reports. These microbiomes are thousands of microbes that inhabit the GI tract and assist with digestion.

The researchers have since found an interesting comparison between the twins’ microbes, though they remain unsure of what these changes mean.

Using stool samples from both men, the researchers found that there was sustained shift in the balance between two main bacteria groups in Scott’s gut while he was in space. These were identified as Firmicutes and Bacteroidetes.

In Mark’s case, the bacteria groups underwent only minor changes in their balance during the same time period. Once Scott returned to Earth, however, the balance returned to normal.

Scott spent 340 days on the International Space Station from 2015 to 2016, which was referred to as the One-Year Mission. He took multiple biological samples before, during and after the mission in order to document the changes in his body.

The environment of the lower Earth orbit is known to affect human health because of microgravity, such as causing changes in the cardiovascular system and also the eyes.

But the effects of long-term space stays are largely unknown, which prompted NASA to launch the twin study. Mark, also a former NASA astronaut, acted as the control subject for the mission, as he shares many of the same genetic traits as Scott. He likewise collected biological samples, but never left Earth.

According to the researchers, it’s going to take some time to sift through the data collected, and determine what and how exactly these shifts will affect human health in the long run. Martha Hotz Vitaterna, co-lead on the study and deputy director of the Center for Sleep & Circadian Biology at Northwestern, says, “We don’t know what it is about the spaceflight environment that’s driving this change. We don’t know if it’s the diet, the radiation, the lack of sleep. We don’t know what’s driving it.”

There are some theories, of course, and the researchers are going to keep examining the samples they have to arrive at a conclusion.