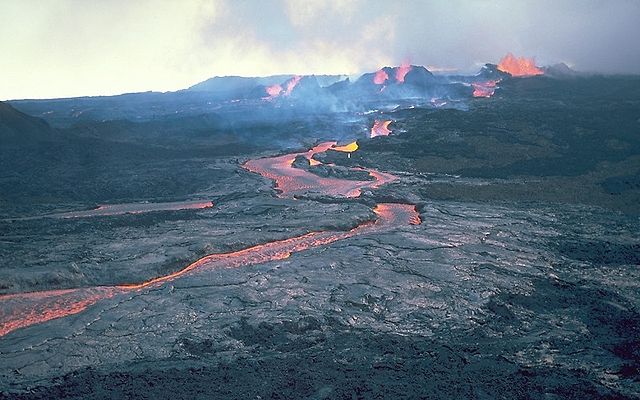 NASA is getting a jump-start on sending astronauts to Mars by sending six carefully selected scientists into a man-made dome that reconstructs Martian conditions.

The four men and two women are set to spend the next eight months located on a remote volcano in Mauna Loa, Hawaii. The project is called Hawaii Space Exploration Analog and Simulation, or HI-SEAS. This study in human behavior will help NASA determine its next steps in its long-term plans to send people to Mars, The Gazette reports.

The dome, covered in vinyl, is 1,200 square feet wide – the size of a small, two-bedroom house. The scientists inside will not be allowed to contact people outside, and will work with a 20-minute delay in communications between them and their support screw. This is the approximate amount of time it takes an email to reach Earth from Mars.

The project hopes to examine the psychological difficulties that arise when humans live in isolated and confined environments for long periods of time.

Kim Binstead, a science professor at the University of Hawaii, says,

We’re hoping to figure out how best to select individual astronauts, how to compose a crew and how to support that crew on long-duration space missions.

The crew entering the dome include a computer scientist, engineers, a biomedical expert and a doctoral candidate. They were chosen from over 700 applicants, and underwent rigorous personality tests, background checks and interviews.

James Bevington, a space scientist and mission commander, says, “When I started, my biggest fear was that we were going to be that crew that turned out like Biosphere 2, which wasn’t a very pretty picture.”

Bevington was referring to Biosphere 2, a 1990s experimental habitat in Arizona that spiraled out of control and became a spectacle.

The University of Hawaii is in charge of operating the dome, with over $2 million in NASA funding. The dome’s location in Hawaii is similar to Mars in its rugged, rocky landscape beneath one of the world’s most active volcanoes.