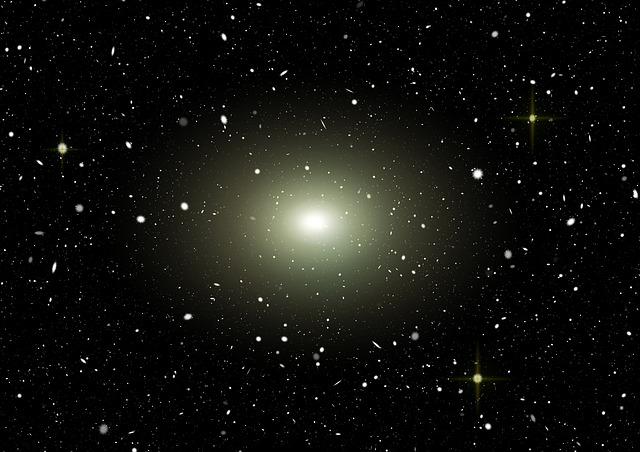 Researchers from Calvin College of Apache Point Observatory and the University of Wyoming predict that a binary star system will merge and explode in five years, reports the Tech Times.

Larry Molnar of Calvin College initially made the prediction in 2015, but has now confirmed that his theory is closer to becoming reality. He said:

It’s a one-in-a-million chance that you can predict an explosion. It’s never been done before.

Based on Molnar’s prediction, KIC 9832227 will merge in five years time, and then explode afterward. He estimates that the merging and exploding will happen in 2022, but he states it’s possible to happen between 2021 and 2023.

Molnar’s research into KIC 9832227 began in 2013. Guided by Kepler satellite data, Molnar and his research assistant Daniel Van Noord came up with an exact orbital period for KIC 9832227. They were reminded of another star, the V1309 Scorpii, which presented unexpected behavior before it exploded in 2008 and gave birth to a red nova.

When KIC 9832227 explodes, it will be one of the brighter stars in the sky for a given time, adding a star to the Northern Cross. It will also become visible as part of the Cygnus constellation.

At present, Molnar and his colleagues are planning to use the next five years to further study KIC 9832227 in order to find out what the exact conditions will be, leading up to the merging and explosion. To explore all of the possible outcomes, the researchers will rely on a comprehensive range of wavelengths that will entail the use of the XMM-Newton spacecraft, the Infrared Telescope Facility, as well as the Very Large Array.

What is great about the prediction, according to Molnar, is that anyone can take part in anticipating the merging and explosion of KIC 9832227. Even amateur astronomers will be able to check the orbital timing themselves and measure the brightness variations to find out if the binary star’s activities are aligned with the research’s predicted schedule or not.