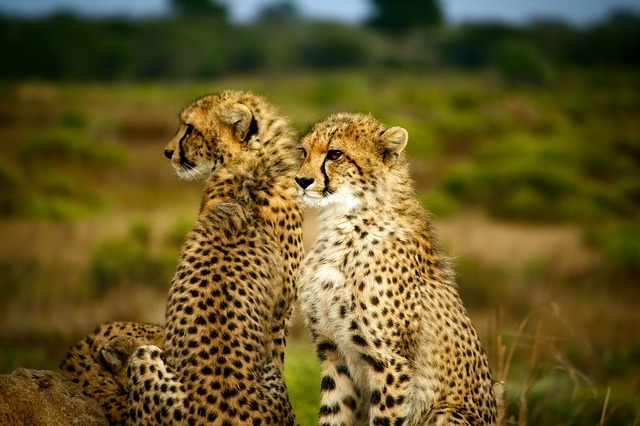 According to an international team of researchers, cheetahs are now in danger of extinction, reports the New York Times. The team found that the threat to cheetahs – which now number about 7,000 worldwide – had been underestimated. They called for the International Union for Conservation of Nature to change the status of the cheetah from vulnerable to endangered.

Sarah M. Durant, a conservation scientist and lead author of the report, says

The heart of the problem is that three-quarters of the territory where the cats live in Africa and Asia is unprotected. In those areas, the cheetahs suffer from loss of habitat, the animals they prey on are often hunted for bushmeat, and young cats are captured for sale as pets.

The possibility of decline in those areas is clear, adds Durant. The study cites the case of Zimbabwe, which lost around 85 percent of its cheetahs from 1999 to 2015 – the number dropped to no more than 170 from around 1,200.

The difficulty in cheetah conservation is that the cats range across large expanses of terrain, often crossing boundaries of countries and refuges.

“A dense population of cheetahs would be two animals for every 38 square miles,” Durant said. “The lowest concentration of the cats found was one per 1,500 per square miles. And they share the land with some of the most marginalized people in the world – poor farmers and herders.”

“The reclassification of the cats as endangered is one step,” Durant adds. “But a whole new approach to their conservation is necessary.”

Durant said that incentives must be provided to individuals and groups in order to protect the cheetah across national and regional boundaries. She suggested that the financial benefits of ecotourism and direct rewards for reducing poaching could be probable incentives.

The Zoological Society of London, Wildlife Conservation Society and Panthera led the study, which was published in the Proceedings of the National Academy of Sciences.