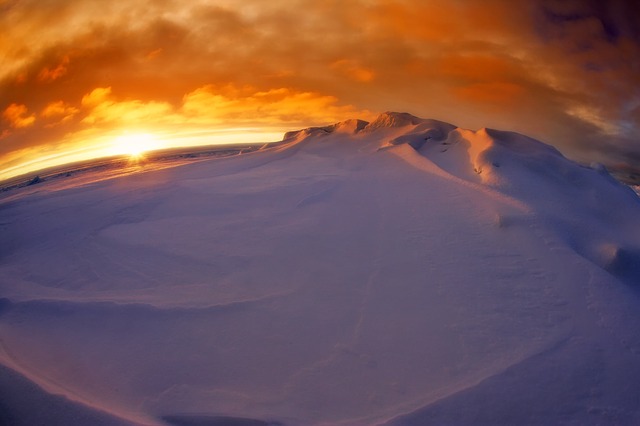 Temperatures in the Arctic have spiked dramatically in the past month, some 36 degrees Fahrenheit above normal, reports The Huffington Post. In what is being called as a “heatwave” for the region, scientists claim that the unseasonably warm weather is linked to climate change.

Dr. Friederike Otto, a senior researcher at Oxford’s Environmental Change Institute, says that a “heatwave like this would have been extremely rare [in pre-industrial times]… we would expect it to occur about every 1,000 years.”

We have used several different climate modeling approaches and observations. And in all our methods, we find the same thing; we cannot model a heatwave like this without the anthropogenic signal.

In other words, Otto attributes the changes in temperatures as being a result of man-made climate change.

NASA’s chief of Cryospheric Sciences Laboratory, Dr. Thorsten Marcus, described the Artic heatwave as “very, very unusual”. Marcus said, “The eerie thing is that we saw something quite similar – temperatures at the North Pole of about zero degrees Celsius in December – almost exactly a year ago.”

The NASA chief even joked, “Santa is most likely overdressed though. Maybe in the future we’ll see him in a light jacket or plastic mac.”

Rutgers University climate scientist and Arctic specialist Jennifer Francis says, “What I think is happening is that it’s been very warm in the Arctic all year long and this has helped favor a very wavy jet stream, which is what we’ve been seeing and that has helped to pump a lot of extra heat and moisture up into the Arctic.”