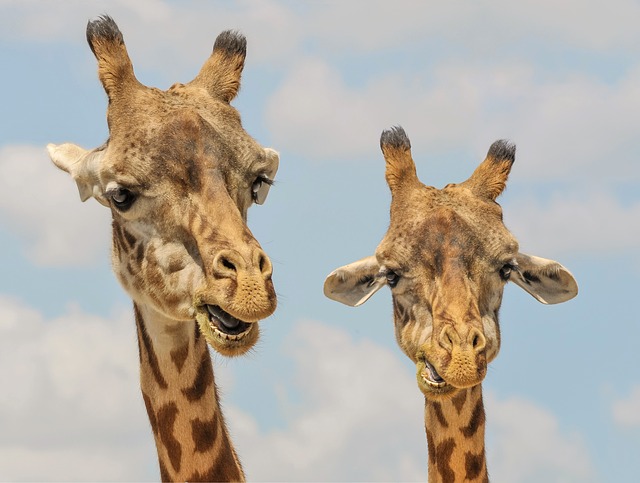 Giraffes, the world’s tallest land mammals and a majestic sight in zoos and reserves everywhere, are being threatened with extinction because of illegal hunting and a decline in their natural habitat, a report says.

The International Union for the Conservation of Nature states that the giraffe population has gone down by over 40% in the past 30 years. There are only around 97,600 left. The organization designates endangered species, the New York Times reports.

In the latest Red List of Threatened Species report, while the largest giraffe populations live in national parks and reserves, these protected areas are proving to be insufficient. Liz Bennett, vice president for species conservation for the Wildlife Conservation Society, which was not involved in the report, says,

While global attention has been on threats to elephants and rhinos, giraffes have been off the radar, and we’ve been losing them in significant numbers.

She adds, “People and governments need to start acting to save giraffes, fast.”

Giraffes have long been held in awe, due to their towering height of up to 20 feet and their graceful necks that can grow up to six feet long. Their tongues can also extend for more than a foot, making giraffe feeding times a popular attraction.

But it is this same size and regality that have made giraffes a top target for poachers in Africa, who stalk the gentle animals with rifles and drop wire snares from the trees, according to wildlife experts.

The threat has become so grave that the Red List has upgraded the species from “least concern” to “vulnerable,” skipping over a few categories. There are nine giraffe subspecies. The Red List says that five have dwindling numbers, three are increasing and one remains stable.

The smallest of subspecies, the West African giraffes, are on the rise, from only 50 in the 1990s to around 400 now – a tiny glimmer of hope for these placid creatures.

Giraffes are mostly found in southern and eastern Africa, with smaller herds in West and Central Africa. Some are more vulnerable due to armed conflict in countries like Sudan.

Derek Lee, an ecologist who contributed to the report, says poaching and the loss of habitat are “equally dangerous threats that vary in degree from place to place. You need to stop both threats.”