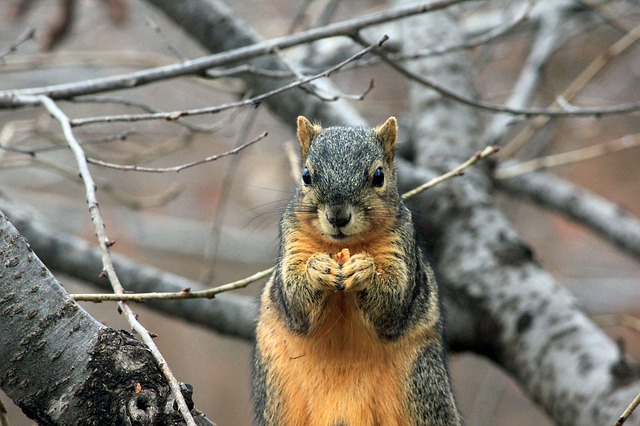 Howard Brookins Jr., the alderman for Chicago’s 21st ward, certainly had no idea what his actions would net him. His vocal criticism of the critters landed him in the hospital, in what is perhaps one of the most bizarre – and admittedly funny – stories of public retaliation.

In October, Brookins went on a public rant about “aggressive squirrels,” complaining about how the animals kept pawing through the city’s garbage bins, disrupting cleanliness and orderliness.

On November 13, the alderman was admitted to the hospital with a skull fracture, after a particularly vindictive encounter – a squirrel leaped out onto the path where Brookins was riding his bicycle, wrapped itself around the spokes of his wheels and caused him to flip over the handlebars, according to Huffington Post.

The Chicago Sun Times reports that Brookins, representing the South Side, said that the city was wasting money on replacing and repairing garbage cans the critters were upsetting throughout the area. “It’s a pet peeve. It does invoke some giggles. But we are spending too much money on replacing garbage carts because the squirrels continue to eat through ’em,” he said, emphasizing how serious the problem was.

Susan Russell, executive director of the City’s Commission on Animal Care and Control, responded with some bafflement to Brookins question as to what should be done, saying, “May I get back to you on that, alderman? We’d be happy to…talk about strategies to assist residents with wildlife. [But] I’m not sure at this time what CACC might be able to do with aggressive squirrels. But let us look into it.”

Regarding the accident, Brookins told The Star Tribune,

I can think of no other reason for this squirrel’s actions than that it was like a suicide bomber, getting revenge.

Other news outlets merely referred to the incident as a “freak accident.”

Brookins posted online, announcing that he will be unable to attend future engagements as he was still recovering from the serious injuries. Unfortunately, the squirrel appears not to have survived.