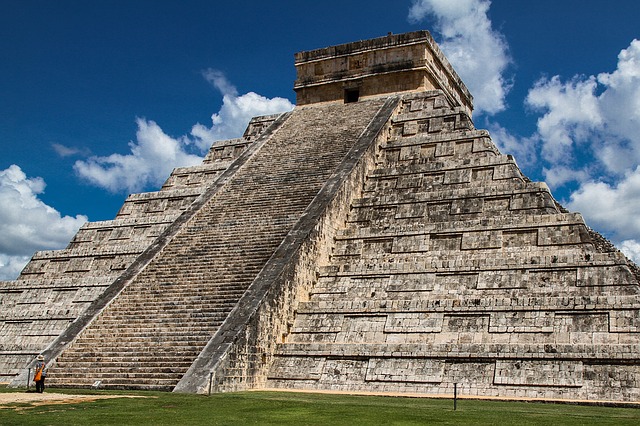 It’s like a Russian nesting doll. Under the large one we get another and another.

The third pyramid suggests that El Castillo was constructed in three separate phases. The first and smallest one dates back to the years 550 and 800. The second pyramid, which was discovered in the 1930s, was created between 800 and 1000, while the last and largest was built from 1050 to 1300.

The ruins at Chichen Itza are the remnants of the great Maya civilization, a pre-Hispanic people known for their art, mathematics, architecture, astronomy, language, writing, and many more. Theirs were a complex culture, and was one of the six cradles of civilization worldwide, New Historian reports.

Pyramids like Kulkulan were built for many reasons, mostly believed to be political or religious in nature. Kulkulan itself dominated the complex, and was a temple to the Yucatec Maya Feathered Sperent god Kulkulan, who was a close relation of the Aztec god Quetzalcoatl. The researchers hope that this third pyramid can offer more information about the original Maya culture before central Mexico influenced them.

Back in 2015, archeologists noticed that the pyramid was built on top of a cenote, or sinkhole. Such land formations were considered sacred by the Mayans. Upon further digging, the sinkhole was found to be an estimated 82 feet by 114 feet and could be as deep as 65 feet. Using noninvasive technology, researchers were also able to determine that the pyramid was sitting on a layer of limestone 16 feet deep in the sinkhole.

The National Institute of Anthropology and History has started closing pyramids to the public in an effort to preserve them, so visitors are only allowed to walk around the structures. Climbing El Castillo was stopped in 2006 after a woman fell off and died. It is still one of Mexico’s most recognized and most visited historical sites.