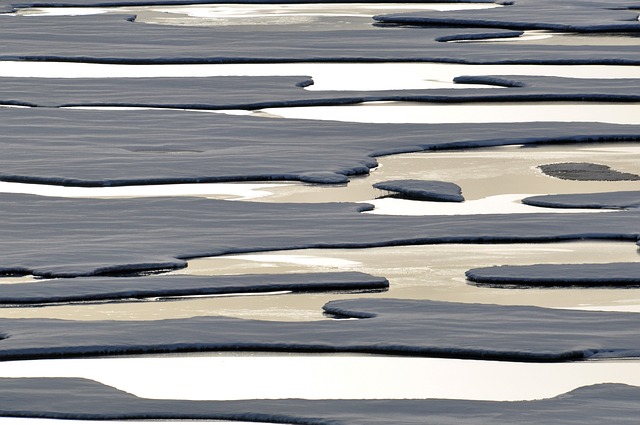 The levels of ice in both the Arctic and Antarctic are at record lows for this time of year, scientists who have been monitoring activity in the regions report.

It looks like, since the beginning of October, that for the first time we are seeing both the Arctic and Antarctic sea ice running at record low levels.

Meier has been tracking sea ice all the way back to 1979, CNN reports.

The low ice levels in the Arctic are nothing new, but the Antarctic was a surprise. The North Pole’s sea ice has been consistently declining over the past years, but the south has actually been increasing. From 2012 to 2014, Antarctic sea ice even reached record highs.

Skeptics pointed to this event as proof that climate change was not real, but scientists countered it was due to factors like circulations in the atmosphere. It’s too early to tell if the decline in Antarctic sea ice will behave similarly to the Northern Hemisphere’s, but it certainly puts a damper on people’s certainty that it has not been negatively affected – the rapid deterioration of sea ice is one of the primary indicators that climate change is real, and is happening.

Temperatures in the Arctic have also risen to more than 35 degrees Fahrenheit (20 degrees Celsius). October and November are typically the colder months, and a time when sea ice in the Arctic starts to build up. But this year, it’s not cold enough in the North, so ice isn’t forming as quickly.

In addition, water temperatures in the Arctic Ocean are warmer than usual as a result of having less ice. This means the sun can now penetrate darker waters, instead of having sheets of ice deflect its heat. Thomas Mote, a geography professor at the University of Georgia, says, “The interaction between Arctic ocean temperatures and the loss of ice formation leading to continuing record minimums is clearly a climate change signal.”

These events will affect the rest of the world. Meier says, “What happens in the Arctic DOES NOT stay in the Arctic.” The cold temperatures in the Arctic can bring in major cold outbreaks responsible for snow and ice storms. This possibility is usually regulated by a polar vortex that circles the Arctic region high up in the stratosphere. Changes in the Arctic’s temperature means changes in this vortex, which would mean longer cold spells and bigger snow storms in areas that would not normally suffer from such.

Scientists are quick to point out that time will tell just how drastic these changes will be, but this is something they have been warning the rest of the world about, and is another expected consequence of climate change.