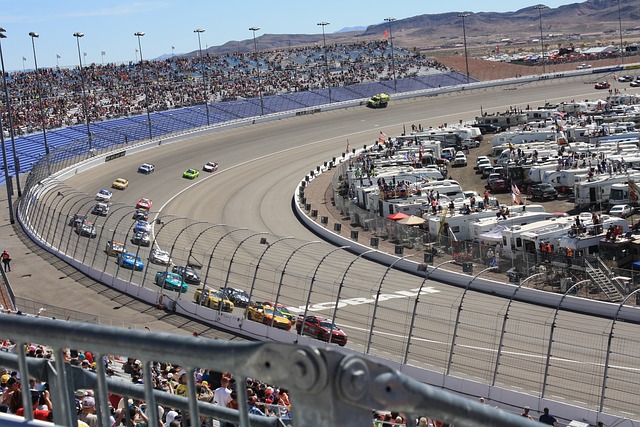 A good old fashioned Texas brawl broke out between Jeff Gordon and Brad Keselowski on Sunday leaving both men looking as if they had just come out of a bar fight. During the closing laps of the AAA Texas 500, an incident involving Keselowski bumping into Gordon’s car on the track left him steaming mad. This is considered the chase for the NASCAR Sprint Cup and both men want it badly. However, in the end, neither driver won. Jimmie Johnson ended up winning this most memorable race.

It all started when Keselowski attempted to sandwich himself in between Gordon’s car and Johnson’s on lap 335 at the first attempt at a green-white-checkered restart. At that point, Gordon had been leading but then ended up spinning his car and gaining a flat tire in the process. His hopes of taking this championship were dashed thanks to Keselowski. He ended the race in the 29th slot.

In the video, you can see Gordon getting out of his car right there on pit road and verbally laying into his opponent. The two had words at that point, but then you can see driver Kevin Harvick come up from behind Keselowski giving him a good shove. This is what basically started the brawl. Jeff Gordon then grabbed for Keselowsky and things got even more heated up as the crew for both sides, and everyone around them, went wild. It was a free for all. NASCAR officials had to go in to break it up.

The rough housing boys came out of the fight with cuts on their lips and visible bruises on their faces. A clearly agitated Gordon made no attempts at keeping quiet about the situation.

Out of nowhere I just got slammed by the 2, and I cut my left rear tire,” he spouted off after things settled down a bit. “I mean he’s a dips–t. The way he races, I don’t know how he’s ever won a championship. I’m just sick and tired of it. We had the car. We had the position.

The four-time Cup champion also said that he has got to pay the consequences and threatened to race just like he does to him. Brad Keselowski has been getting somewhat of a bad reputation lately as this is his second fight in four weeks. He also had a small spiff at the Charlotte Motor Speedway three weeks ago with Matt Kenseth. However, this time was much worse, leaving questions on whether there should be consequences.

We were just racing for the win. I didn’t wreck him, and just raced him hard. He left a hole. Everything you watch in racing, you leave a hole, you’re supposed to go for it,” Keselowski said. “I don’t want to ruin anyone’s day. I wanted to win the race and that was the opportunity.

As for why Harvick chose to push Keselowski, he said that he wanted the guy to ‘fight his own fight.’ Harvick ended the race in second place, while Keselowski came in third. Meanwhile, NASCAR will soon decide if there will be penalties to hand out after going over the video.