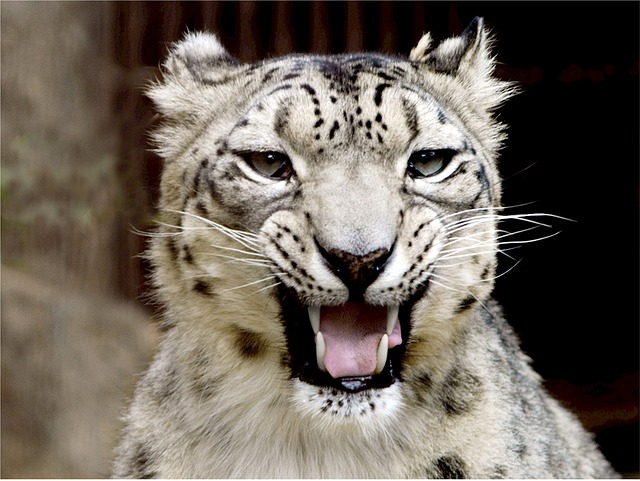 The snow leopard population is already at an all-time low, but poaching hasn’t stopped across their natural habitat in the high mountain ranges of Asia, according to a new report.

There are only an estimated 4,000 snow leopards left in the wild, and experts say around four a week are being hunted by poachers who are taking revenge for livestock losses. In addition, the illegal trade in snow leopards skins and claws have moved online to skirt the law.

Snow leopards are found in 12 countries around the Himalayas and Tibet, including China, Bhutan, Nepal, India, Pakistan, Mongolia, Tajikistan and Russia. Their color and patterns allow them to camouflage themselves in the mountains, between 1,000 to 5,400 meters above sea level, protected by furry feet and a thick pelt. Nomadic in nature, snow leopards often prey on sheep, mountain ibex and smaller animals.

Since they are natural predators, their hunting has brought them into close contact – and conflict – with farmers over sheep and cattle, the BBC reports.

The new study says that since 2008, 221 to 450 snow leopards have been poached every year, maybe even higher. James Compton, an author of the study, says,

We think that what most observations, seizure records and expert opinion shows is that the majority is still happening because of retaliatory killing.

He adds, “One of the major interventions to stop that is better protection for livestock, in some of these very remote areas where you have nomad communities and herds of livestock, because that’s where the friction takes place.”

More than 90% of the poaching was recorded in China, Mongolia, India, Pakistan and Tajikistan. Just 21% of snow leopards were said to be poached specifically for illegal purposes, while many others kill the cats for revenge then profit off the skin and bones.

Compton explains, “The snow leopard doesn’t turn up that often in markets, what the report authors have concluded is that it’s a bit opportunistic, if a snow leopard is killed and the parts or the pelt is saleable it’s almost like getting your own back for the livestock you’ve lost.”

Sales have taken to the web and social media, where pelts, claws and bones are marketed as having medicinal properties.

Another problem is that one-third of the snow leopards’ domain falls on international borders that have been under conflict. The authors of the study now call for better cross-border cooperation and law enforcement to prevent more killings, and for governments to provide bigger incentives so that local communities will protect the animals.

There’s some good news, though. In Kyrgyzstan, a project involving the government and conservation groups have turned a former hunting area in Shamshy into a wildlife sanctuary. Ibex have multiplied, so snow leopards are slowly re-entering the sanctuary, as evidenced by actual camera footage of the great cats walking around the area.

Musaev Almaz from the Kyrgyz government says, “This cat is an important part of our national culture and heritage, we are committed to securing its future.”