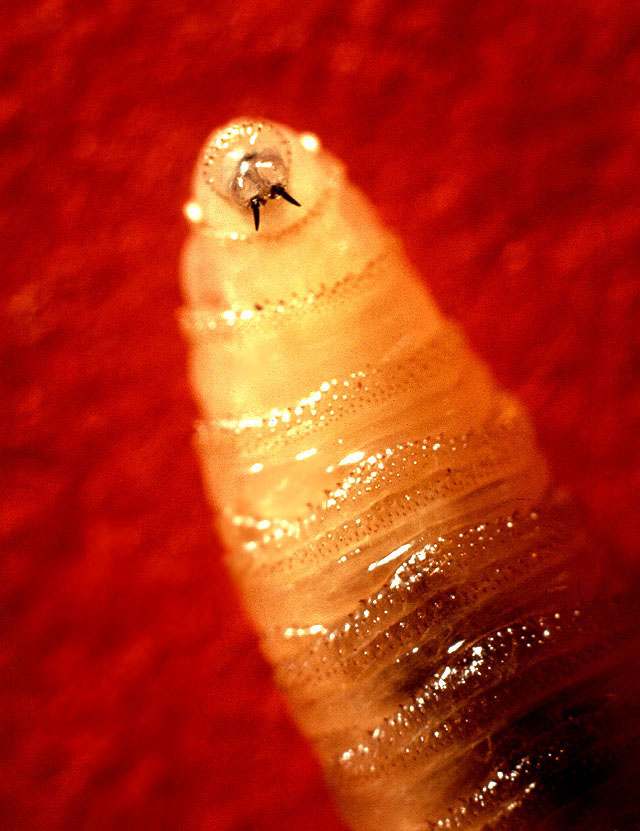 The Sunshine State can’t catch a break. After having to contend with the Zika virus and Hurricane Matthew this year, Florida faces yet another threat: a plague of screwworms.

These flesh-eating flies of unknown origin have been plaguing Key deer since September. The US Department of Agriculture confirmed a local infestation on September 30, and state Commissioner of Agriculture Adam Putnam declared an agricultural state of emergency in Monroe County, where the deer are local to Key West.

The adult screwworm is a carnivorous fly that lays its eggs in the open wound of an animal. Infected animals leave their herd, and if not treated, die within seven to 14 days, CNN reports.

No human or livestock cases have been confirmed, and the infestation is limited to Big Pine Keys and No Name Keys. The origin remains unknown, although previous infestations have been known to originate from foreign animals coming in.

This is Florida’s first infestation in over thirty years, and the first time in half a century that the state has seen the screwworm, scientific name, Cochliomyia hominivorax.

Female screwworms lay eggs, which hatch as maggots and eat away at the live tissue of the host. In five to seven days, the maggots drop off, burrow into the ground and emerge as flies a few days later. In its lifespan, a female screwworm can produce thousands of eggs.

The flies create a grisly death, creating “zombie deer” that have to be put down when authorities encounter them. Key deer, a subspecies of white-tailed deer, are particularly vulnerable to the screwworms. Fawns are a favorite, but adult deer are also falling victim. Putnam says, “We’re seeing the bucks, the male deer, suffer because this is the rutting season, so they’re fighting with each other, which creates the open wounds that attract the screwworm fly to them, and once they have that, it’s a very high mortality rate.”

Putnam says that the method of addressing the problem is to reduce the population by introducing sterile male flies. This way, the females are tricked into breeding and die without laying any new eggs. The technique was developed in the 1950s – the last time Florida saw screwworms and fought to keep them away from livestock.

It’s unlikely for a person to get infested by a screwworm, and it is easily treatable. An animal checkpoint has been set up to check on pets leaving the Keys, in order to prevent any further cases.

Animal health and wildlife authorities on all levels are working round the clock to eliminate the screwworm threat, which has already killed some 60 deer. The Key deer is already an endangered species, with only 1,000 left in the world. Putnam says, “We will respond with overwhelming force to save the deer population.”