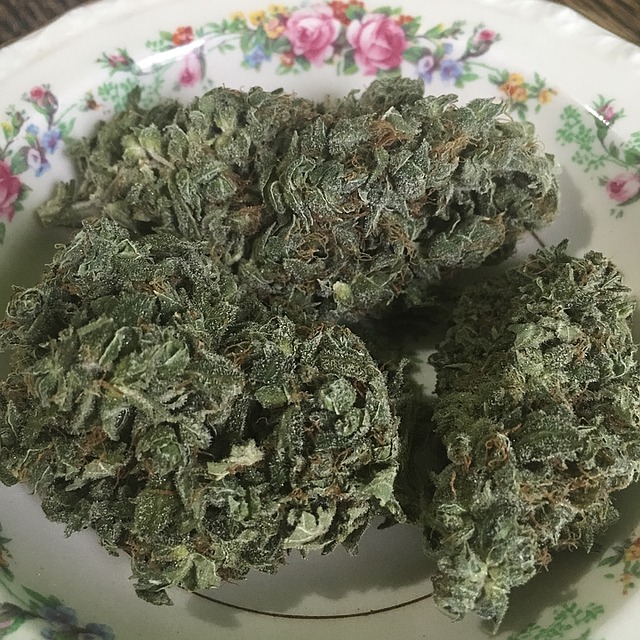 A four-course candlelight dinner in the Colorado hills has something new and interesting on its menu: marijuana pairings.

At an exclusive dining event, a hundred guests sat down to a fall salad of apples, dates and bacon along with a citrusy blend of pot. This was followed by a main course of slow-roasted pork shoulder in a mole sauce with charred root vegetables and rice, accompanied by a kind of darker, sweeter marijuana.

For dessert, there was weed-infused chocolate over salted caramel ice cream, served with coffee that had non-intoxicating cannabis oil. Each plate cost $200 and the diners were given small glass pieces and lighters. For a more hands-free pot experience, professional rollers were available next to a bartender, the Poughkeepsie Journal reports.

Colorado, one of only four states which legalized weed, is trying to integrate its marijuana industry into hospitality and food, as enterprising residents look for way to serve pot safely.

Chefs are reportedly working with cannabis growers and other experts to navigate the never-before-seen trend of pairing food and marijuana.

This comes as mass-market marijuana has become widely available, prompting professional growers to come up with specific flavors and aromas to keep themselves above the fray.

Corey Buck, head of catering at Blackbelly Restaurant, says, “We talk with the (marijuana) grower to understand what traits they saw in the marijuana…whether it’s earthy notes, citrus notes, herbal notes, things that we could play off.” Blackbelly is a highly-rated establishment that serves farm-to-table dining experiences.

Alex Perry, one of the meal’s weed suppliers, is of the opinion that marijuana will soon resemble wine in that people will scrutinize flavors and effects. It might take years, he does admit. “It’s still looked down upon as a not-very-sophisticated thing,” Perry says. His company, Headquarter Cannabis, grows a pot strain called Black Cherry Soda, which he insists has a distinct profile.

Restaurant owners, chefs and growers all face a legal challenge, however. The drug may be legal, but pot retailers are not allowed to sell food, so diners had to purchase a separate “goodie bag” from a dispensary for their marijuana pairings.

The bags came with tiny graters, and the diners had to do shave the pot into their chocolate and ice cream, as the waiters could not legally serve dishes containing weed. The event had taken great precautions, limiting diners to those over the age of 21, and providing a shuttle to and from the event so no stoned guests would be driving.

Mixing cannabis and food may become more accessible in the near future, as voters in Denver consider a proposal to allow non-smoking marijuana use in bars and restaurants. Alaska is the only state where on-site pot use is possible.

For now, marijuana dining is limited to private chefs serving guests at home, or to events like the Blackbelly dinner.