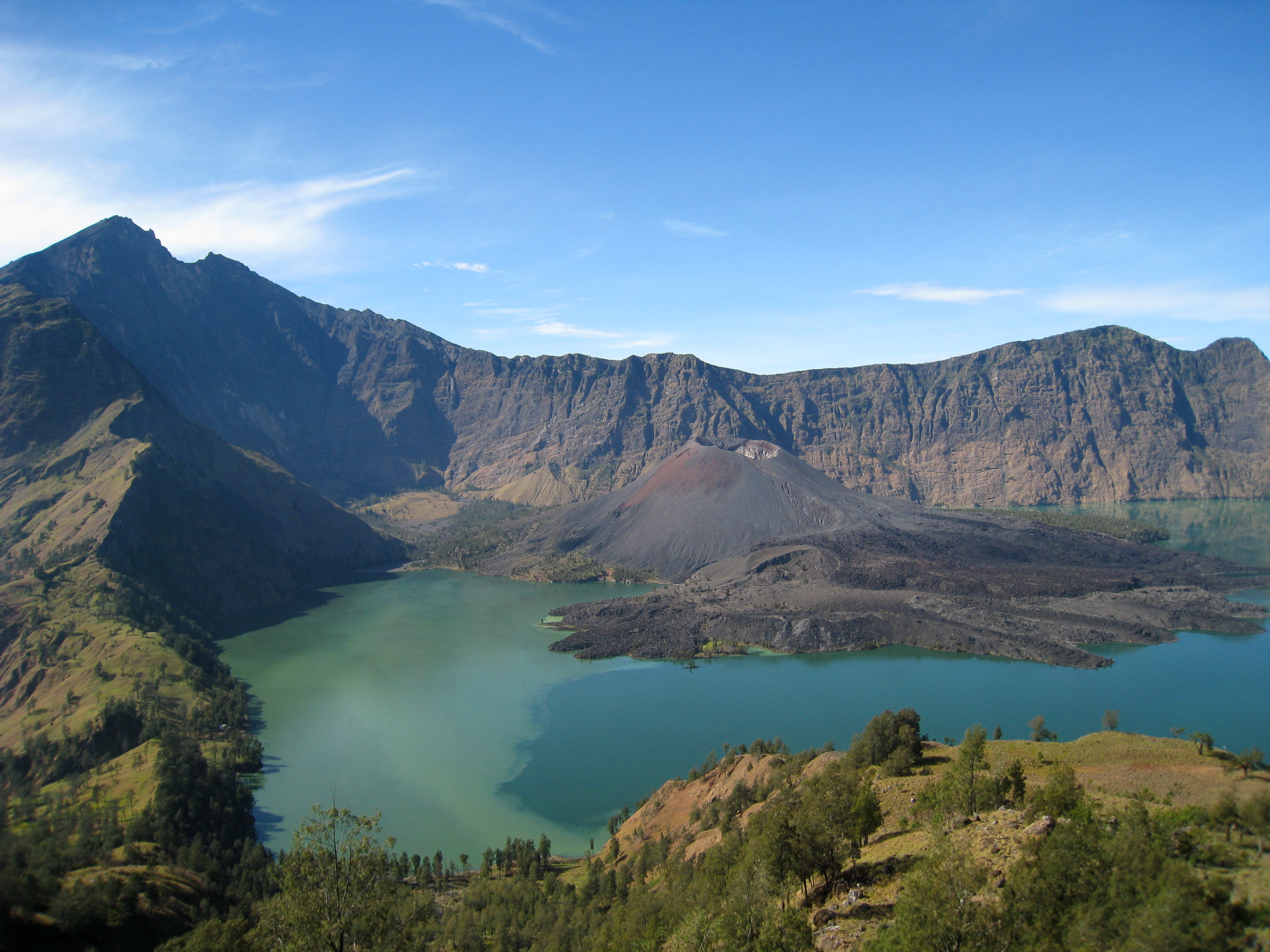 Mount Barujari on Lombok Island, Indonesia, spewed out a column of ash into the skies on Tuesday afternoon, sending the area into a panic. Authorities have evacuated over 1,100 tourists from the island and are now searching for several hundred others, Indonesia’s disaster agency confirmed Wednesday.

The volcano sits within the Mount Rinjani caldera. Its eruption delayed flights from airports in Lombok and nearby Bali, a well-known tourist hotspot. The ash column rose as high as 6,500 feet, the Wall Street Journal reports.

Barujari has erupted again. Based on volcanology data, the volcano’s eruption was quite huge, with an amplitude level of 52 dB and a volcanic ash altitude of more than 2,000 meters above the crater.

He added that local agencies are cooperating with each other to prepare masks, warn residents to stay alert and prevent problems from volcanic ash, according to the Jakarta Post.

So far, no injuries from the incident have been reported.

Sutopo Purwo Nugroho, a spokesperson for the country’s disaster management agency, said that some 400 foreign and local tourists were registered climbers on the volcano, leaving from Sembalun around 7 miles from the crater.
Heronimus Guru, deputy chief of operations at Indonesia’s Search and Rescue Agency, said that 120 tourists had been found and were on their way down Barujari.

Farms and trees in the volcano’s immediate vicinity were coated with a layer of ash, but nearby towns and villages are in no immediate danger, Nugroho assured.

Mount Rinjani is one of 130 active volcanoes in the archipelago and is the second highest volcano in the country at 12,224 feet high. Its caldera is partially filled by a crater lake called Segara Anak or Anak Laut, meaning “Child of the Sea,” because of its blue color. The caldera also contains hot springs and is considered to be a sacred site by some religions.

Indonesia is very vulnerable to volcanic eruptions and earthquakes because of its location directly on the Pacific “Ring of Fire.”