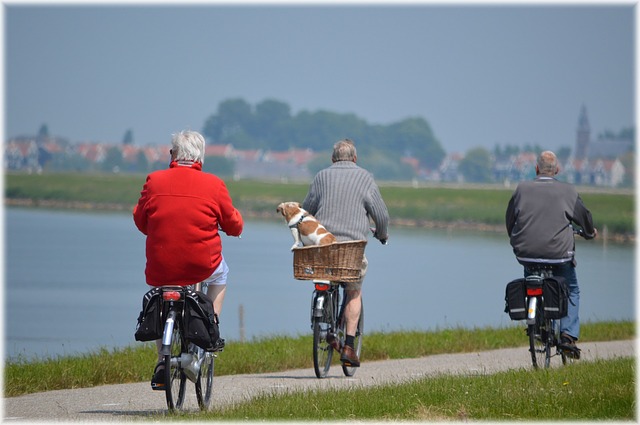 As people get older, they might think it’s time to start easing up on physical activity. But research begs to differ, stating that exercise can improve memory and reverse muscle loss in seniors. And a recent study adds to the benefits, reporting that regular exercise improves disabilities that limit mobility and movement.

Researchers from the Yale School of Medicine studied over 1,600 people between 70 and 89 years old, who had sedentary lifestyles. The participants could walk a quarter of a mile in 15 minutes or less, without the help of a walker or another person, NPR reports.

Half of the elderly participants enrolled in a health education program with personal exercise sessions and stretching at the study’s facilities, while the other half underwent at least 150 minutes of aerobic activity like strength, balance, and flexibility training at the facilities and at home.

Thomas Gill, an author on the study and a professor of geriatrics at Yale, says, “Walking was the cornerstone of the program.”

The researchers followed the participants for 2.7 years. They found that the physical activity plan cut the amount of time people had a “major mobility disability” – being unable to walk a quarter of a mile – by 25%, compared to the education program. The study also showed that the exercise program decreased the risk of disability in the first place, and revealed that it hastened recovery, as well as lowered the risk of further incidents.

Bradley Cardinal, a professor of kinesiology at Oregon State University, observes that the team did “a really nice job of showing the incredible power of physical activity.” Cardinal, who was not involved in the study, adds,

It’s the secret ingredient to successful aging in terms of quality of life.

Most Americans don’t get enough exercise, especially as they age. According to the Centers for Disease Control and Prevention, only 28% of people older than 75 meet the recommendations for aerobic training, and only 8% did strength training.

Cardinal points out that there is a prevailing belief among the elderly that old age is for relaxing and that physical activity is dangerous, even if the recommendations are very much doable. He says there is a need to realize that exercise can improve the quality of life in seniors by maximizing mobility and normal body function as long as possible.

Gill says it’s a matter of semantics sometimes, making it so that seniors think of physical activity instead of exercise, which may have a different connotation. “We talk with older folks and many say, ‘I can’t exercise, but maybe I can become more physically active.’”

The study was published in the Annals of Internal Medicine.