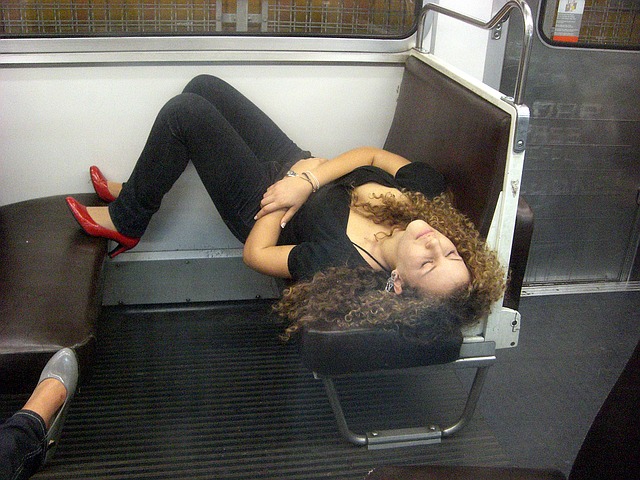 Some women find it harder to sleep compared to others, and a new study may have the answers as to why.

The circadian rhythm — more commonly known as the body clock — of women runs faster than that of men, according to the study’s results. Dr. Diane Boivin, a professor of psychiatry at McGill University in Montreal and the lead author, explains that it’s like women run on a different internal time zone compared to men. She says,

They go to bed at a later biological time because their clock is shifted earlier, eastward.

Boivin, who is also the director of the Centre for Study and Treatment of Circadian Rhythms at Douglas Mental Health University Institute, adds that how women also sleep throughout the 24-hour body clock is also faster than men. She says these findings are why women’s sleep-wake cycles are paced around two hours ahead of men’s, US News reports.

The National Sleep Foundation, a non-profit organization, reports that women are more likely to get insomnia a few days in a week, compared to men. Women also experience daytime sleepiness more often.

This study is unique in that the researchers factored in women’s menstrual cycle phases and use of hormonal contraceptives which can impact sleep patterns. Results showed that difficulty sleeping occurred regardless of these contraceptives.

The researchers recruited 15 men and 11 women for the study, around 25 years old on average. Participants were put in isolated, windowless rooms for 36 hours, where the light was controlled, and researchers recorded changes in body temperature, melatonin levels, sleep, and alertness.

Boivin used what she calls a “cat-nap approach,” allowing the participants to sleep for one hour followed by one hour of staying awake, alternating throughout the duration of the study. Lights were dim, turned on only for waking up and turned off for sleep.

The women in the experiment had lower scores when it came to night alertness, compared to the men. It may give some insight as to why female shift workers tend to be more fatigued, sleepy and are at a higher risk for work-related injuries, according to the study authors.

The results also showed that women appear to be more vulnerable as the night ended, as the sleep signals were not as strong in women as in men during this time. This might be why women are more likely to wake up early, Boivin says. While the women’s body clocks were different from the men’s, they had similar “habitual bed and wake times.”

Women experiencing insomnia are advised to minimize disruptive sleep factors and stick to a consistent waking time that aligns with their natural wake-up time, as much as possible.