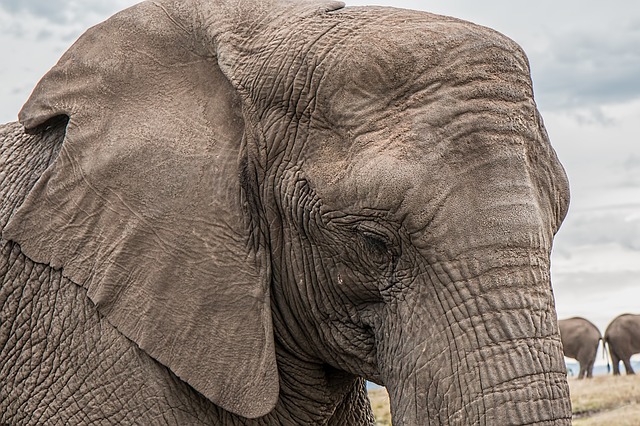 UNEP Deputy Executive Director Ibrahim Thiaw said in a statement that the rapidly decreasing elephant population signifies a serious threat to economies, livelihoods and ecosystems across the continent.

Results of the Great Elephant Census released last week showed that there are only around 352,000 elephants left in Africa, much lower than expected, the Washington Post reports. The census used planes and helicopters to survey 18 countries and conducted carcass ratios to determine how badly the elephant population is set to decline even further.

The conclusion was that the savanna elephants were decreasing by 8% annually and had seen a drop of 144,000 elephants in only seven years, from 2007 to 2014.

Thiaw urged for more action to reverse the grim outlook. UNEP has supported initiatives to combat threats to the elephants, including poaching and shrinking habitat areas.

Wildlife conservationists are now challenging African policymakers to increase measures to stop wildlife trafficking and the illegal ivory trade. They also point out the need for better training for wildlife law enforcement on the continent.

Recommendations to solve this looming problem were made at a two-day meeting named Kwita Izina Conversation on Conservation 2016 on Tuesday.

Those present at the meeting called on local governments across Africa to acknowledge conservation as a pillar of economic growth and to create a conducive environment so that people will want to protect wildlife. The resolutions say to,

Inculcate accountability and transparency in the management of wildlife, put in place stricter border and customs control…develop coordinated and cooperative law enforcement approaches.

The US government took big steps to combat the issue, prohibiting the sale of products containing African elephant ivory. The Chinese government has likewise promised to take similar action. These measures are expected to be a massive blow for the ivory trade, as the US and China are two of the world’s biggest importers of ivory products.

Michel Masozera, Country Program Director for Wildlife Conservation Society, says, “We conserve to sustain. Policies need to be translated into concrete actions, or else wildlife faces a risk of extinction.”

Elephant tusks, rhino tusks, hides and skins of big cats like tigers and reptiles are among some of the world’s most trafficked animals products.