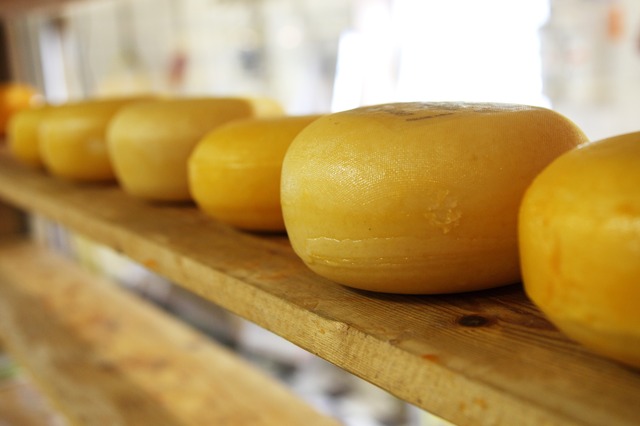 Struggling dairy farmers are set to get a federal boost, as the US Department of Agriculture announced its intention to buy $20 million worth of cheese that will be donated to food banks, NPR reports.

The USDA says the step is to help “reduce a cheese surplus that is at a 30-year high.” Though a largely symbolic gesture, farmers and food banks alike met the news with enthusiasm.

Cheese is a popular food item among food bank consumers and is often hard to come by. The government donation is expected to have a significant effect on their operations.

Dairy farmers, for their part, hope that the purchase will help relieve them of what is reportedly a mountain of cheese — something that has been driving down their asking prices for milk.

The oversupply of dairy products is a global phenomenon. Dairy farmers had responded to global highs two years ago by expanding production, then were suddenly met by a sharp drop in exports to China and Russia. The oversupply met with little demand produced the so-called mountain of cheese.

Last year, 12.1 billion pounds of cheese were consumed and exported, but that did not seem to make a large enough dent in the stockpile.

Analysts are skeptical that the government’s purchase will have any impact on milk prices, however. There is so much cheese in circulation that $20 million will buy less than 1% of the 1.3 billion pounds of cheese currently in storage.

Mark Stephenson, director of dairy policy analysis at the University of Wisconsin, Madison, told NPR that, “I don’t expect it to have much actual impact on prices. The Chicago Mercantile Exchange spot prices for cheddar cheese were down following the announcement.”

Cheddar and mozzarella cheese are the most-consumed kinds of cheese in the United States, and account for the bulk of the cheese stockpile.

In the meantime, Stephenson says milk prices seem to be recovering without any help. Farmers worldwide have cut back on production, allowing prices to return to normal.