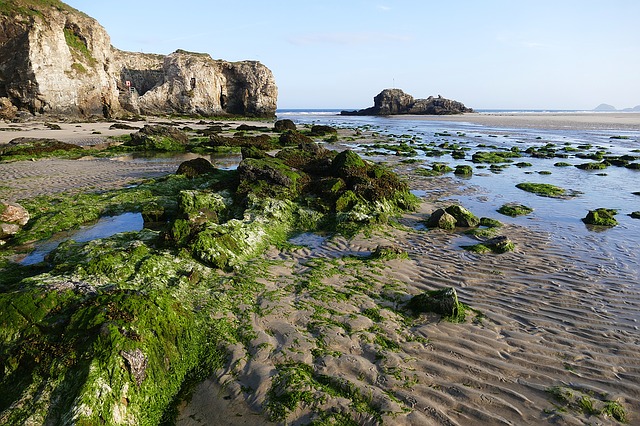 This algae bloom was an effect of global warming, various forms of pollution and human activity that have upset ocean ecosystems, the Washington Post reports.

A team of researchers has found that tiny marine organisms called Vibrio bacteria, which can cause fatal infections in both fish and human, are proliferating in the North Atlantic coastal area as ocean waters continue to warm.

Human infections due to these microorganisms are on the rise, the study says, growing at an “unprecedented rate” along the Atlantic coasts in the US and Northern Europe.

Rita Colwell, a co-author on the study and a microbiologist at the University of Maryland says, “We were able to demonstrate that there was an increase in the numbers of vibrios, probably a two or threefold increase, correlated with the increase in climate temperature, and then correlated with outbreaks of Vibrio infections that have been recorded in the medical records.” Colwell was the former administrator of the US National Science Foundation.

Scientists from the Unversity of Genoa in Italy, the University of Plymouth and other international institutions were on the research team.

Vibrio, which are simple organisms, can cause severe damage and come in many species, including those that cause cholera. A species called Vibrio vulnificus was reported to be responsible for the majority of seafood-related deaths in America, according to another paper.

This Vibrio species not only poisons through food but can also cause killer infections in people who swim with open cuts and wounds, where the organisms can enter.

The Centers for Disease Control and Prevention reported that there are 80,000 cases of vibriosis in the country yearly, most of which occur from consuming seafood. Vibrio thrive in warm waters, meaning an increased risk in the summer.

Colwell’s study analyzed 133 samples of marine plankton levels from the North Atlantic region, and examined the Vibrio content in them compared to other bacteria levels. The samples were around 50 years old.

In eight out of nine North Atlantic regions, the study discovered that as the waters warmed, the Vibrio population grew as well. In addition, it showed a link between the increasing vibrio numbers and the subsequent rise in human Vibrio infections – a link that became more apparent during heat waves.

The study concludes, “An increased Vibrio concentration in seawater as a result of ocean warming can be concluded to be linked with increased incidence of environmentally acquired infections.”

Colwell says their study shows a clear disruption of natural patterns, and the increasing Vibrio population is but one of many harmful changes brought on by climate change.