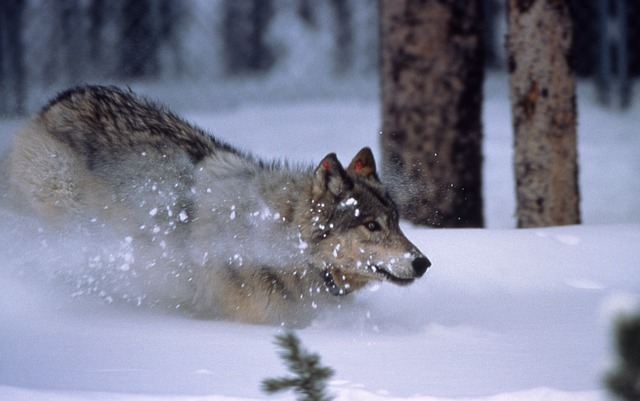 There is just one true wolf species in North America, a new study discovered.

Researchers have found that the gray wolf is the only true wolf in the United States. The red wolf, which is found in the southern states, and the eastern wolf, found primarily in Ontario, are actually coyote and gray wolf hybrids, reports the Los Angeles Times.

Robert Wayne, senior author on the study and an evolutionary biologist at the University of California, says,

We found that the red wolves are about 75% coyote ancestry, and the eastern wolf has more gray wolf ancestry, about 75%.

Making this distinction is not only for academic purposes. Wayne said that their findings could impact whether or not gray wolves continue to be protected by the US Fish and Wildlife Service under the Endangered Species Act.

In August 2000, Canadian researchers published a paper stating that the eastern wolf, long known to be a subspecies of the gray wolf, was a species on its own. Other studies suggested that the eastern wolf’s traditional range included the Great Lakes and 29 Eastern states.

This became a problem for the gray wolves, which have been under the Endangered Species Act protection since the 1970s, as their recorded historic geographic range included parts of the country that scientists argued were part of the eastern wolf’s territory. If those areas had been the eastern wolf’s range, the mistake could be enough to bump the gray wolf off the protected animals list.

Wayne pointed out that the Endangered Species Act says if a taxonomic mistake is made, the protection can be revoked. Due to this, Wayne and his team decided to determine the true origin of the eastern and red wolves.

The team studied the genomes of 12 pure gray wolves from areas that did not have coyotes, three coyotes from areas with no gray wolves, six eastern wolves and three red wolves. The researchers were on the lookout for any unknown genetic material that was neither gray wolf nor coyote, indicating that it could be unique to the red or eastern wolf.

Wayne likened it to finding between 1-4% of Neanderthal DNA is Eurasian humans. “In the red and eastern wolves we thought we might find 20-30% of genes that would be Neanderthal-like.”

Instead, the group found that there was nothing that could not be classified under coyote or gray wolf DNA. Given that there is no evidence that either the red or eastern wolves are their own species, “the idea that the red wolf historically inhabited the Great Lakes area is wrong.”

Wayne said that the coyotes did not reach the Great Lakes area until the 1920s, and began interbreeding with a decreasing gray wolf population, which resulted in the eastern wolf hybrid.

Hundreds of years earlier in the south, a similar process resulted in the red wolf.

Wayne said he hopes the team’s findings will keep the gray wolf protected, and that a decision from the US Fish and Wildlife Service could come this fall.