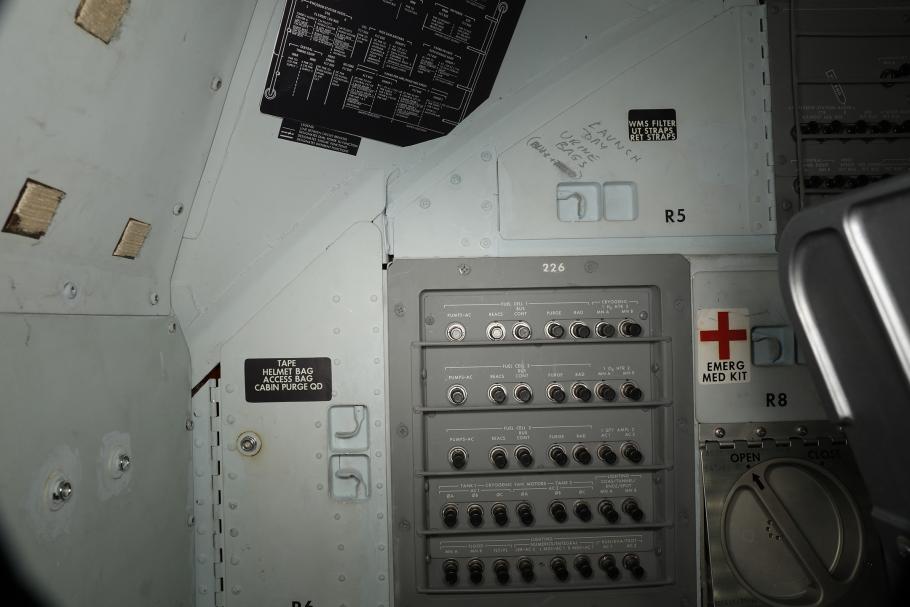 The Apollo 11 astronauts made the first moon landing 47 years ago, marking a milestone in space research and cementing their place in history. Now, the Smithsonian’s National Air and Space Museum has uncovered more memorabilia from the famous spacecraft, including hand-drawn graffiti from Neil Armstrong, Buzz Aldrin and Michael Collins, The Washington Post reports.

An exhaustive 3D scan of the Columbia module revealed a hand-drawn calendar on the wall, where the NASA astronauts crossed off the days of their journey. They had also written labels for “smelly waste” and “launch day urine bags.” After the epic landing, command-module pilot Michael Collins scribbled on a panel, “Apollo 11…the best ship to come down the line. God bless her.”

Along with these writings, numerous calculations and notations covered the interior of the legendary module that carried the three astronauts on the July 1969 mission. The museum unveiled the results of the scan Wednesday.

On July 20, Armstrong and Aldrin arrived at the moon in a landing module that had separated from the command module, where Collins stayed. Armstrong became the first person to ever set foot on the moon, followed by Aldrin a few moments later.

Both astronauts returned to the command module, and came back to Earth.

The Smithsonian has had possession of the command module since 1971, according to curator Allan Needell, who manages the Apollo program collection.

The museum scan showed the interior of the module, filled with dials, buttons, switches and levers, along with three seats side by side. The writings on the interior have been known to historians, but the public has not seen them until now.

Needell says Collins’ calendar was possibly useful in keeping track of the days on Earth, as they didn’t have sunrises, sunsets or days and nights. The drawings and scribbles give a sense of reality to the module. Needell said it’s wonderful, stating,

Because the thing is dirty and marked up and obviously lived in, it gives you a way to sort of transport yourself into the context of an artifact that…we don’t usually provide.

The Apollo 11 is of such importance that experts have been careful about entering it. But the opportunity to scan inside the module would provide researchers with more details on what life was like on board, like the overwhelming stink that caused the astronauts to label the lockers.

Needell said that the command module will be put into conservation next year, to be included in a future state-of-the-art gallery at the Smithsonian. The museum’s exhibit will open in 2020, titled “Destination Moon.”