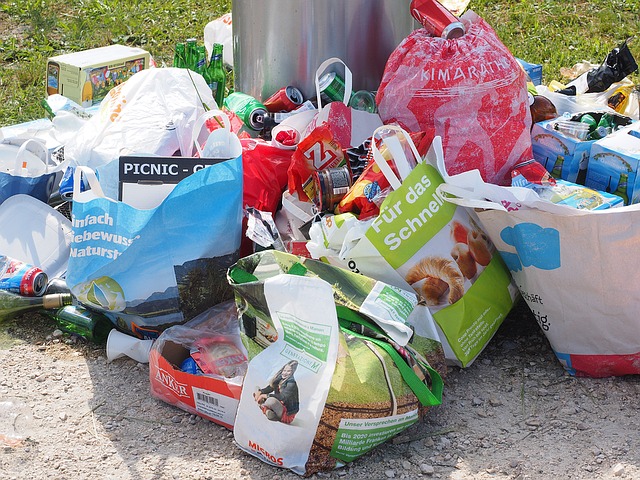 Most Americans feel guilty about throwing away food, but only a few really understand the negative environmental impacts this practice has, says a new study that aims to inform people on how to stop food waste.

On the bright side, the researchers say that people would be more inclined to change this habit if they were better informed on the harms of wasting food and on sell-by labels that mislead consumers into disposing of food, the San Diego Tribune reports.

Around one-third of the world’s edible food is wasted. In the United States, almost all of this is left to rot in garbage dumps, where the volume releases about 35 million tons of greenhouse gasses, which in turn contribute to global warming.

According to the study, around 77% of 500 respondents said they feel bad about throwing food out. At the same time, 42% of the participants said that they had no idea the practice of food waste had any negative effects on the environment.

Brian Roe, co-author on the study and agricultural economist at The Ohio State University, says that this is a good time to launch continued information campaigns. “There’s a gnawing that something should be done that suggests that awareness campaigns would have an opportunity to move the needle.”

He adds that a lot of people seem to think that throwing food away is natural, because it decomposes and nothing bad could come of that.

But they haven’t thought about once you put it all together in a landfill it creates methane, a pretty potent greenhouse gas.

The study supports recent research and campaigns dedicated to addressing the 133 billion pounds of food that Americans squander annually, amounting to 1,249 calories per person daily.

There’s a silver lining in the garbage dumps, because while only 53% of respondents said they were aware of the issue of food waste in the last year, it’s an increase of 10% from a 2015 study by the Johns Hopkins Center for a Livable Future.

In addition, close to 70% of respondents exaggerated the health benefits of throwing food away after its sell-by date, which is often an unreliable measure of whether or not food is still safe to eat.

The researchers say that people are also underrating how much food they wasted compared to their neighbors, with 86.5% of respondents saying they were less wasteful than other households with similar sizes.

Some 50% of respondents admitted it would be difficult to reduce their personal food waste, while 59% said some waste is necessary to make sure meals are fresh and taste good.

Last year, the Obama administration encouraged the country to reduce food waste by 50% by 2030, and the Ad Council has focused on a similar program, proving that awareness on the matter is increasing.

Now, Congress is reviewing a bill to revamp the unregulated practice of food labeling by manufacturers through a system that differentiates when a product actually expires as opposed to simply lacking in freshness.

The study was published in PLOS ONE.