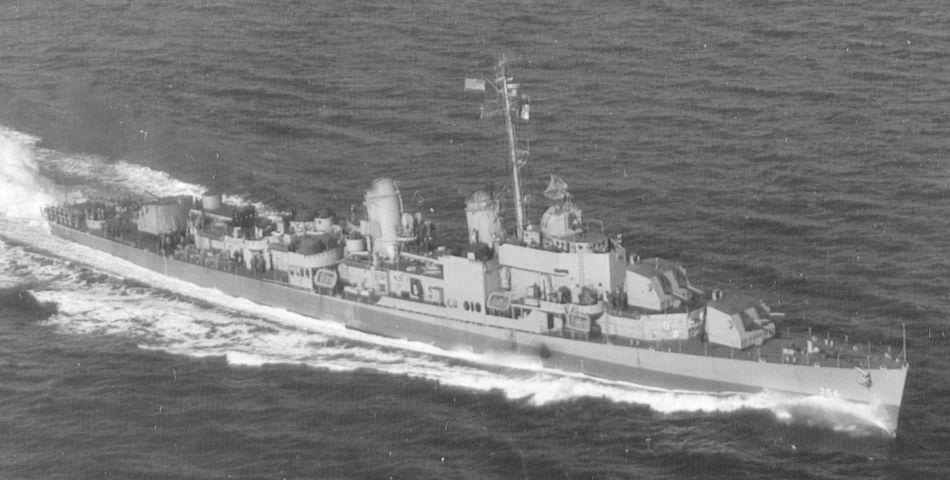 A flag that once draped the casket of Vietnam veteran Patrick Corcoran has been returned to his family.  The flag flew outside his family’s summer home in Wildwood, New Jersey but was stolen on July 4th.

Patrick Corcoran was 18 years old serving in the Vietnam area when he died at sea.  He was stationed aboard the USS Frank E. Evans, a destroyer.

The USS Frank E. Evans collided with an Australian Navy Aircraft Carrier, an accident that resulted in 73 other American sailor deaths when the front of the destroyer sank into the Pacific Ocean.

When the flag was stolen the family begged for its return.  Tom Corcoran, Patrick’s brother, told the Press Of Atlantic City that he thought it was a long shot but he still hoped that he would see the flag returned to the family.  He said:

Maybe word will get to the person who took it. He’ll make a wrong into a right.

The flag was handed down to Tom and his sister from their parents Thomas and Mary Ann.  Tom said that his father requested that the flag be flown at least once a  year, something that Tom usually did over Memorial Day.

As luck would have it, there was rain in May so he decided to fly it over the July 4th holiday instead.  But, sometime between midnight and 5:30 am that day, someone took it down and made off with it.

The flag was reportedly returned by an unknown woman to a neighbor who then returned it to the family.

Misc Facts Related To This Story

WildWood, NJ is a part of the New Jersey shore and is less than 1 hour from Atlantic City

The USS E. Evans is an Allen M. Sumner-class destroyer that was named in honer of General Frank Evans.  The General was a leader of the American Expeditionary Force in France during world war one.