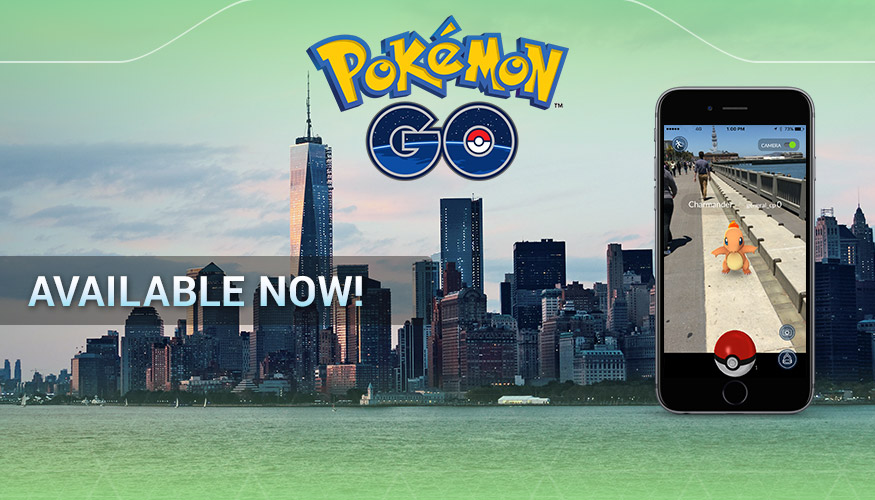 Since its release this July, the augmented reality game Pokémon Go has caused a nationwide phenomenon. The viral game can be downloaded onto iPhone and Android devices, and according to reports has already been downloaded on 5% of all Android smartphones across the US. Nintendo’s stock has increased because of the game’s popularity, adding $7.5 billion to the company’s market value.

Pokémon Go follows the same rules as the old-school video game Pokémon, you ‘gotta catch ‘em all’. This time however, users are going outdoors in order to do so. The game features the same adorable Japanese characters as it always has (Pikachu!) and seems harmless, right? Reports are now surfacing that many think the game poses a potential threat to black people, considering that it requires one to display odd behavior in public. Given the recent police attacks on the black community, these claims may not be illogical.

In a report in Vox, Omari Akil noted that ‘Pokémon Go is a death sentence if you’re a black man’, saying he played the game outside and tried to ‘look as pleasant and nonthreatening as possible.’

Warning: Pokémon Go is a death sentence if you’re a black man. I spent less than 20 minutes outside. Five of those minutes were spent enjoying the game. One of those minutes I spent trying to look as pleasant and nonthreatening as possible as I walked past a somewhat visibly disturbed white woman on her way to the bus stop. I spent the other 14 minutes being distracted from the game by thoughts of the countless Black Men who have had the police called on them because they looked “suspicious” or wondering what a second amendment exercising individual might do if I walked past their window a 3rd or 4th time in search of a Jigglypuff.

Reactions to Akil’s sentiments have varied from people trying to give advice such as, ‘But maybe try jogging gear when you’re out? You can just tell cops you’re training,’ and asking him to bring a white friends along next time, to people who found his words thought provoking and important. ChristineBaldacchino (@CLBaldacchino) took to Twitter to say ‘@OmariAkil I loved this piece with a broken heart. Thank you for putting it out there. It’s truly a must-read for everyone. Xo’.