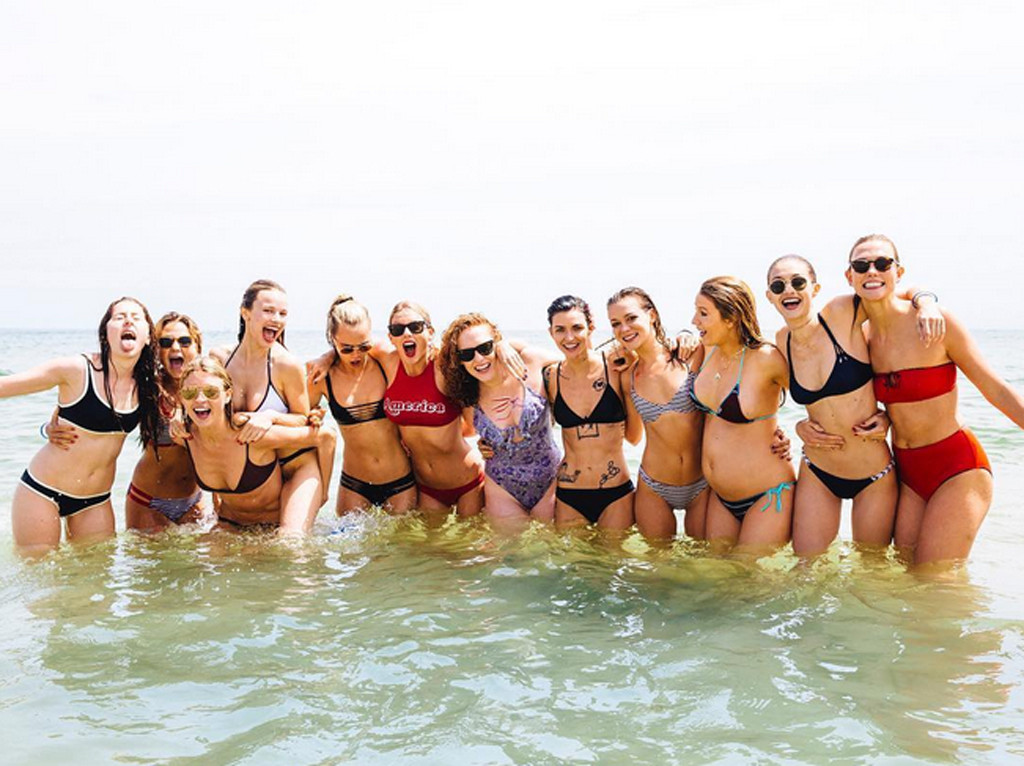 Taylor Swift has made headlines recently for various reasons – her shock split from Calvin Harris and whirlwind new romance with Tom Hiddleston, her star-studded annual Fourth of July bash at her Rhode Island home, and now for allegedly getting breast implants. A source has come forward to confirm to E News that nothing about the singer is fake, except for that last bit of news.

The source said that Swift has ‘always liked her breasts’, and would have no reason to get implants since she likes the ‘fact she can go bra-less and have them still be perky.’

[Taylor has] always liked her breasts. She likes the fact she can go bra-less and have them still be perky.

The rumors started swirling with full force after the 26-year-old artist was spotted with significantly enhanced assets at her 4th of July party, attended by her celebrity friends Gigi Hadid, Karlie Kloss, Blake Lively and Ryan Reynolds, Ruby Rose, Uzo Aduba, and Cara Delevingne. Fans took to Twitter to call the singer out when photos of her sporting a red bikini with the word America on it emerged. According to Mirror, one fan said, “So we’re all going to pretend Taylor Swift hasn’t had a boob job?”

Another commented saying: “Not trying to be a jerk can anyone tell me who did Taylor Swift’s boob-job?”

Another said, “I would never call out my girl but I think Taylor swift got a boob job for sure.”

Swift got her bikini from Forever 21, and a quick glance at the product description on the clothing giant’s website reveals that the bikini comes with removable padding. It’s safe to say that the singer kept the cups in the bikini, thus sparking rumors. Swift, who has always been good at picking out the right outfit and bra, was also spotted with an enhanced cleavage at the Victoria’s Secret Fashion Show back in 2014.