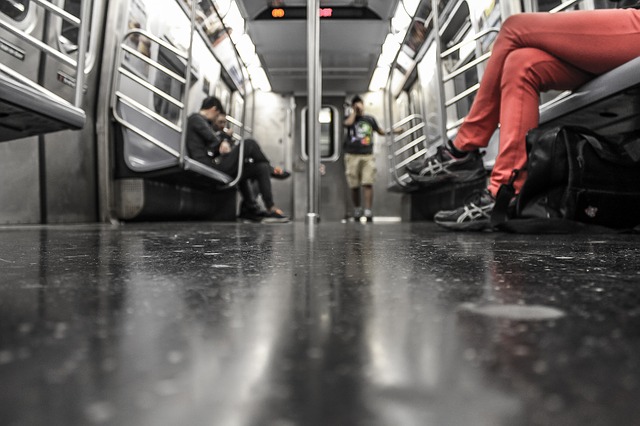 Subways in densely populated cities are rife with horror stories of what might be dwelling in them. Scientists have long thought of subway systems as environments and ecosystems on their own, entirely different from any other place on Earth. However, little is known about what exists in those dark, damp tunnels.

The subterranean morass of urban transit systems is considered increasingly important to public health in the light of an ever-increasing population that is raising risks for antibiotic-resistant super germs, infectious viruses and biological weapons to thrive. This is why many believe it is important to detect these potential threats as early as possible, The Washington Times reports.

The most notorious study on subway life was conducted and published last year about New York City. The 18-month project mapped the DNA of the bacteria on the system, claiming that the bubonic plague and anthrax were among the pathogens lurking in the subways. The results were challenged by the Centers for Disease Control and Prevention and New York state’s health department, which ended in a retraction from the authors of the paper who said there was “no strong evidence to suggest these organism are in fact present.”

While the correction was embarrassing, the rest of the research was quite reliable and provided plenty of information about subways and more importantly, inspired studies in areas around the world, from Hong Kong to Stockholm, to review their subway system environments.

A team from Harvard decided to take a better look at these microbial ecosystems in their native Boston. The Boston T is the country’s oldest subway system, going back to a single street car in 1897. Now one of the most crowded in the world, the subway provides 238 million trips annually, running under Boston Harbor to suburbs such as Newton and Brookline.

Curtis Huttenhower, the lead researcher, said his curiosity was piqued on what was down in the subways after reading about other studies being conducted to analyze bacteria in man-made spaces.

Because such artificial places are made of materials and chemistry that does not exist in nature, these environments are dictated by the microbes that live in humans.

Huttenhower, an associate professor of computational biology and bioinformatics, is a specialist in the study of the human microbiome, or the set of organisms that are inside and outside the human body. Recently, scientists have become more focused on how the balance of these microbiomes affects the overall health and well-being of humans.

Last year, a study found that people carry a cloud of bacteria with them that is as unique as a fingerprint, and that everyone leaves traces of this cloud wherever they go. In close quarters, such as packed into a subway car, these clouds crash and meld into each other in ways that are still unknown.

A better understanding of the bugs around humans, as well as those on and inside, could one day contribute to building spaces that optimize human microbial health, Huttenhower said.

“I wanted to take a look at the subway because of the link to the human microbiome. It’s a place where thousands and thousands of people interact every day, and it can be thought of as a conduit or reservoir for human microbes getting from one person to another,” he said.

The Harvard team spent three days traveling the subway system, taking swabs from seats, seat backs, walls, vertical and horizontal poles and hanging grips inside 15 train cars on Boston’s red, orange and green lines. They also took swabs from touchscreens and walls of ticketing machines inside five stations. The work was conducted in the spring and fall to gain a better baseline reading that was less influenced by people being covered up in winter or sticky from the summer heat. The researchers then sequenced the DNA samples to try and figure out what was in the mix.

The study, published in mSystems, the open access journal of the American Society for Microbiology, is considered the first comprehensive genetic profile of living things in a high-volume public transportation system. The findings proved surprising.

Little variation was seen between the train lines and stations, despite the fact that they served different sets of people. The researchers were also relieved to find only a few bugs related to antibiotic resistance. But the biggest finding was that the team discovered minimal microbes capable of causing and spreading disease.

Most of the bacteria found came from healthy human skin, mouths, gut and other places on the human body.

These included Staphylococcoceae and Corynebacteriaceae, which were most likely transferred through touch. The bacteria Micrococcaceae and Streptococcaceae were also found, which come from oral cavities, probably transported from place to place due to coughing or sneezing. There were low levels of Lachnospiraceae, Veillonella and Prevotella from the gut. The team also found vaginal microbes, which can be transferred through clothing, on some of the subway seats.

There were some non-human life forms as well, like Alphaproteobacteria, which exists in plants, and Sphingomonads from soils and sediments, which were mostly on the touchscreens. There were no signs of plague, anthrax or anything majorly disastrous.

“The vast majority of the bugs you encounter in the subway that is thought of as a germy kind of place you’d encounter shaking someone’s hand,” Huttenhower said. “You’d want to wash your hands, but it’s not something that’s more scary or dangerous.” Except, he qualifies, it would be more like shaking a thousand hands a day.

This means that the diversity in the bugs found is many times greater than places like a kitchen table or a bathroom doorknob. This also means there is still a lot to learn about how environments can affect human health.

Huttenhower said that it was difficult to tell which kinds of bacteria were dormant, deposited or active. He and his team are set to return to the subways for more samples in the coming months to clarify the questions they have. He also said he plans to conduct research on how the microorganisms might change during flu season when more virulent bugs are likely to show up.

The Harvard team also studied only life on surfaces. Two previous studies in Hong Kong and New York tested the air and found more microbes originating from soil and the environment, so it’s possible there’s a lot more hiding in the Boston subway than this initial study has discovered.