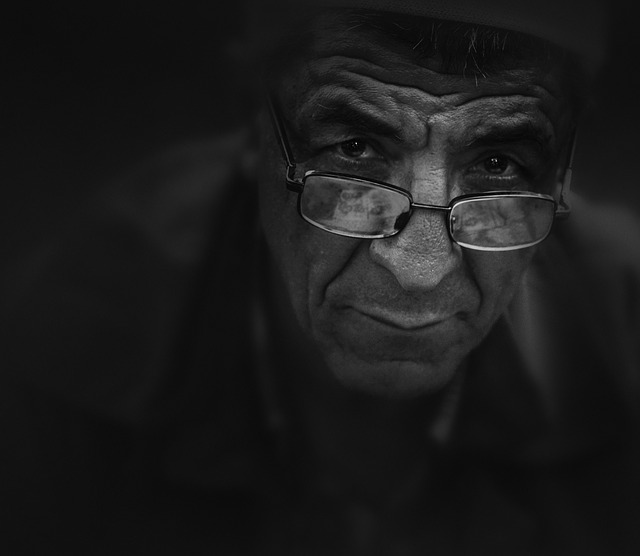 A new study that is now shaking things up in the world of dementia may have found a way to cure Alzheimer’s. This small yet revolutionary study, published in the journal Aging, combined broad-based treatments with personalized therapy to determine if this neurological disease can be reversed.

Alzheimer’s is one of the most dreaded diseases associated with aging. With symptoms that include severe memory loss that progresses over time, patients who have been diagnosed with Alzheimer’s suffer as they begin to forget how to do daily, routine tasks. Eventually, they even forget who they are. Recognizing friends and family members becomes increasingly difficult, and patients become unable to carry simple conversations or respond to their environment.

It’s one of the most difficult things a person can experience because of its progressive nature.

The most common form of dementia, Alzheimer’s is most often found in people over the age of 65. But up to 5% of people have also been diagnosed with early-onset Alzheimer’s as early as in their 40s or 50s. The disease is the sixth-leading cause of death in the United States and rising on the list, currently affecting around 5.4 million Americans.

Patients with Alzheimer’s live for an average of eight years after their symptoms become more pronounced. But survival rates can range from anywhere between four to 20 years, depending on the patient’s age and health condition. By 2050, it has been estimated that some 160 million people will be suffering from this disease globally, including an estimated 13 million Americans unless an effective method of prevention is soon discovered.

Perhaps the most trying thing about Alzheimer’s is that it is not only a degenerative disease, but it also has no cure. What doctors and medications attempt to do is to treat the symptoms, slowing their progress enough to improve a patient’s quality of life. There have been numerous research efforts towards finding a cure for Alzheimer’s, delaying its onset and preventing it from happening, with little to no success – until recently, that is.

Researchers from the Buck Institute for Research on Aging and the UCLA Easton Laboratories for Neurodegenerative Disease Research recruited ten patients with Alzheimer’s and similar dementia conditions.

They tested the patients with a 36-point therapy program factored in the patient’s diet, exercise, sleep, intake of vitamins and medicines and brain stimulation. The study was conducted within the period of 5 to 24 months.

“All of these patients had either well-defined mild cognitive impairment (MCI), subjective cognitive impairment (SCI) or had been diagnosed with Alzheimer’s disease before beginning the program,” Dale Bredesen, one of the study’s authors, said in a press release. Bredesen is a professor at the Buck Institute and professor at the UCLA Easton Laboratories for Neurodegenerative Disease Research.

Nine out of the ten patients in the study were at high risk for Alzheimer’s, carrying at least one copy of the APOE4 allele. Five of them carried two copies of the allele, increasing their risks by 10-12 times more. The program, which focused on the combination of all of the factors above that might affect brain activity and development, varied for each patient. The study’s premise was that Alzheimer’s and similar cognitive impairments vary from patient to patient, necessitating a personalized approach. The researchers dubbed the method “metabolic enhancement for neurodegeneration (MEND).”

In a breakthrough tally of the study’s results, all the patients reported an improvement in memory. Some were even able to complete tasks that had become too difficult for them to do because of their degenerative mental state, while others were able to go back to work. The patients’ family members and co-workers also reported definite improvements in memory and overall function.

The magnitude of the improvement is unprecedented, providing additional objective evidence that this programmatic approach to cognitive decline is highly effective.

One of the people in the research’s case studies was a 66-year-old man who described his symptoms as “senior moments,” such as forgetting where he had put items. His condition had been going on for two years and had hindered his ability to work properly. He had a family history of dementia in both parents, and an MRI scan showed his hippocampal volume to be in the 17th percentile. The patient began the MEND program, lost 18 pounds and in three months, his wife had reported positive changes in him, including an improved ability to work. He then discontinued the program after five months and in just three weeks, had begun showing instances of memory loss once more.

The hippocampus is the part of the brain system that plays a major role in consolidating information from short-term to long-term memory. It is also responsible for spatial navigation. The hippocampus suffers the most when Alzheimer’s sets in, inducing memory loss and disorientation. Previous studies have attempted to explain the correlation between hippocampal volume and memory retention on the theory that the bigger the size, the better recall a person has.

Another patient in the study was a 49-year-old woman who had problems with facial recognition and finding words. She had undergone quantitative neuropsychological testing at a major university and was told that she was already in the early stages of the disease and was, therefore, ineligible for an Alzheimer’s prevention program. She went on the MEND, and after several months professed a visible improvement in recall, reading, vocabulary, facial recognition and mental clarity. Nine months after she began treatment, the patient returned to the university program for the same test and was told that she no longer had symptoms of cognitive decline.

“Follow-up testing showed some of the patients going from abnormal to normal,” Bredesen said. He explained that the program he and his colleagues used to reverse memory loss was inspired by the success rates of combination therapies that have been used to treat conditions like cancer, HIV and heart disease. Previous monotherapies that sought to address Alzheimer’s had failed miserably, so Bredesen and his team turned to other options.

The researchers found that the complex network of molecular interactions that contribute to the onset of Alzheimer’s might also suggest a way for a broader-based therapeutic approach to work. In essence, the treatment seeks to cure the brain as a whole, not simply focusing on the areas of the brain responsible for the symptoms. As Bredesen puts it, “Imagine having a roof with 36 holes in it, and your drug patched one hole very well—the drug may have worked, a single ‘hole’ may have been fixed, but you still have 35 other leaks, and so the underlying process may not be affected much.”

The point of the program then is to make sure that all holes are plugged so that the roof becomes whole again, so to speak.

A healthy lifestyle, exercise, and diet have long been considered as a method of preventing Alzheimer’s. Earlier studies using these factors to avoid the decline in brain function have had mixed results, but scientists and health professionals have continued to recommend practicing a healthy lifestyle because of its potential in maintaining cognitive health. Now, there is concrete evidence to support this recommendation.

This study’s results have significant, far-reaching implications for the treatment of Alzheimer’s itself, not just its symptoms. It can also be applied to MCI and SCI, and may be used in personalized programs that may enhance the efficacy of medications, as well as in identification of the APOE4 genotype – the presence of which increases a person’s risk of Alzheimer’s.

Bredesen and his team admit that the study’s scale is limited and that it needs to be conducted on a larger scale for its efficacy to be thoroughly tested. “Even though we see the far-reaching implications of this success, we also realize that this is a very small study that needs to be replicated in larger numbers at various sites,” he said.

The researchers recommend finding out if they are genetically inclined to Alzheimer’s. Bredesen remarked that it’s “a new era” entirely. He said,

The old advice was to avoid testing for APOE because there was nothing that could be done about it. Now we’re recommending that people find out their genetic status as early as possible so they can go on prevention.

The other researchers in the study were Edwin C. Amos, Jonathan Canick, Mary Ackerley, Cyrus Raji, Milan Fiala, and Jamila Ahdidan, with support from many different entities and organizations.

Plans to expand the study for testing on a larger scale are underway, and if they turn out to be anything like these results indicate, then Alzheimer’s patients can indeed look forward to a new era – one in which they will hopefully no longer be held back by a disease that cannot be conquered.